To New Mom Shreya Ghoshal, With Love From Pregnant Neeti Mohan And Other Stars 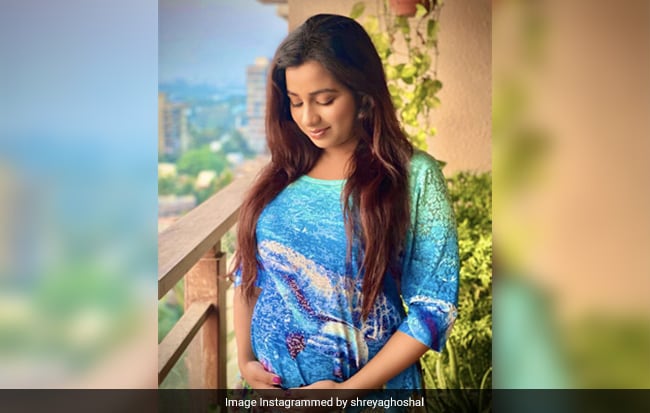 "This is such a wonderful news," singer Neeti Mohan, who is pregnant with her first child, wrote on her colleague Shreya Ghoshal's latest Instagram post. Neeti congratulated Shreya after the latter welcomed her newborn son yesterday. On Saturday, Shreya shared a statement on her Instagram handle while announcing the big news. "It's an emotion never felt before," an excerpt from Shreya's post read. Neeti dropped a beautiful note in her comment section. Mom-to-be Neeti wrote, "Many many congratulations. This is such a wonderful news. Hope you and the baby are doing well. Lots of love and congratulations from the Mohan and Pandya family..."

Sharing the news of her newborn baby, Shreya, in her statement, wrote, "God has blessed us with a precious baby boy this afternoon. It's an emotion never felt before. Shiladitya and I along with our families are absolutely overjoyed. Thank you for your countless blessings for our little bundle of joy."

Speaking of Neeti Mohan, the mom-to-be singer announced her pregnancy in February this year. Neeti shared the news on the same day of her second wedding anniversary with her husband Nihaar Pandya. She posted a few pictures with Nihaar on Instagram and wrote, "1+1= 3...Mommy to be and Daddy to be...what better day to announce than our second Anniversary!"

Meanwhile, Shreya Ghoshal and Shiladitya have named their son Shreyaditya. Shreya had announced his name on the same day when she shared the news of her pregnancy on Instagram in March this year. In her post, the singer shared a picture of herself cradling her baby bump. She wrote, "Baby #Shreyaditya is on its way! Shiladitya Mukhopadhyaya and me are thrilled to share this news with you all..."

Shreya Ghoshal married her childhood friend Shiladitya Mukhopadhyaya in 2015. Shreya has sung songs like Dola Re Dola, Manwa Laage and Teri Ore to name a few. Shreya made her debut as a playback singer in Bollywood with Sanjay Leela Bhansali's 2002 film Devdas.