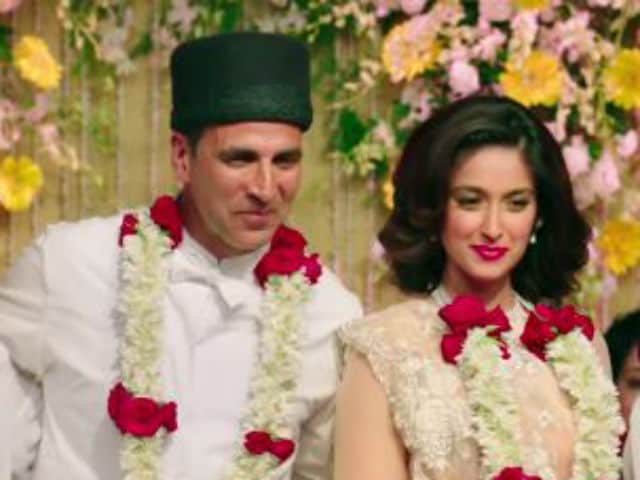 A still from the film Rustom

Mumbai: Actor Akshay Kumar, who is playing a Parsi character in his forthcoming film Rustom, says it wasn't tough.

The actor shared that he has a lot of Parsi friends, and so portraying a person from a different religion, wasn't tough.

"I have lots of friends who are Parsis. One of my best friends in school was a Parsi. My manager is also a Parsi. So I have a lot of Parsi friends and I know people from the community. Therefore, it wasn't a difficult role to portray," Akshay told the media here while promoting Rustom on Monday.

In Rustom, Akshay will be seen in the role of a Navy officer. He has previously donned the uniform as an Army officer in Holiday: A Soldier Is Never Off Duty, anti-terrorism secret agent in Baby, an Indian Air Force officer in Andaaz and as a police officer in films such as Aan: Men at Work, Khakee, Mohra, Main Khiladi Tu Anari and Khiladi 786, among others.

Akshay says that in real life, he tried to get into Merchant Navy, but said things did not work out.

"My father was in the Army, so there was one time when it would have been possible that I would have been in the Merchant Navy, but things did not work out... Something else was written in my destiny, so here I am in front you," Akshay said.

Rustom is based on the theme of infidelity and extra-marital relationships. It is based on the Nanavati case where Indian Navy Commander Kawas Manekshaw Nanavati was tried for the murder of Prem Ahuja, his wife's lover.

Also starring Ileana D'Cruz, Esha Gupta, Arjan Bajwa and Pavan Malhotra, among others, the film is set to release on August 12.