"Irrfan was a wonderful actor and was a pivotal figure in the making of Slumdog Millionaire," Mr Boyle told BBC 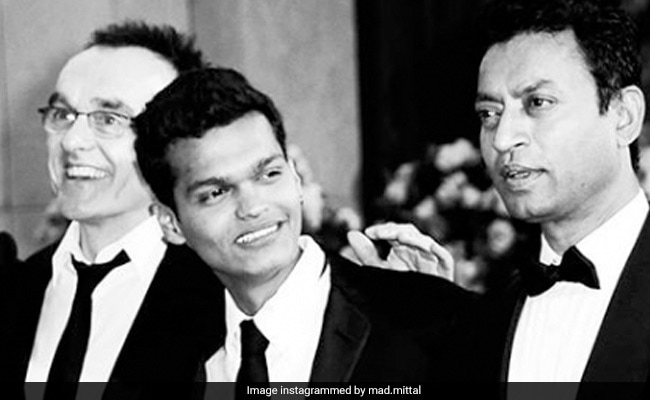 Slumdog Millionaire director Danny Boyle told BBC in an interview on Wednesday how Irrfan Khan's contribution to his Oscar-winning film was far in excess of the length of his role in it. He also recounted how a studio executive told him to "just get that guy" and how Mr Khan's mere presence in the film may have helped shape Slumdog Millionaire's Oscar trajectory. Irrfan Khan, 53, lost a year-and-a-half battle with cancer; he died in a Mumbai hospital on Wednesday. One of the country's most revered actors, Mr Khan leaves a 30-year legacy that impacted both Indian and international cinema.

As Danny Boyle noted while speaking to the BBC, Irrfan Khan's role in Slumdog Millionaire - as the police officer who detains Jamal, the titular "slumdog" competing on a game show, on suspicion of cheating - was relatively minor. "Irrfan was a wonderful actor and was a pivotal figure in the making of Slumdog Millionaire. It wasn't a huge role and, in fact, on paper it was even less rewarding looking," Mr Boyle told BBC. "But Irrfan saw the possibility of guiding our audience with his dignity, his grace, his charm, his intelligence and his calmness, though this crossword puzzle of a, an idea of a film."

Irrfan Khan's presence also served to "reassure one of our most significant partners of the film," revealed Danny Boyle; as a matter of fact, it was the same 'significant partner' - Peter Rice of Fox Searchlight - who advised Mr Boyle to cast Irrfan Khan. "Before he was involved in the film, he told me to cast Irrfan Khan in it, whether there was a role for him or not. He said 'just get that guy,'" Mr Boyle said. So he did just that - he got that guy and Mr Rice, who later bought Slumdog Millionaire and set the Oscar ball rolling, "was no doubt partly enticed by the fact that we indeed had got Irrfan Khan."

Slumdog Millionaire gave Dev Patel and Freida Pinto their big breaks - Dev starred as Jamal, the 18-year-old "slumdog" who becomes an unlikely contender for the jackpot on a fictionalised Indian version of game show Who Wants To Be A Millionaire? and Freida was cast as Latika, a childhood companion of Jamal's and his eventual love interest. In addition to Irrfan Khan, the film starred Anil Kapoor as the game show host and boasted a soundtrack by A R Rahman.

Slumdog Millionaire swept the Oscars in 2009 - as Mr Boyle reminds us, partly due to Irrfan Khan's heavyweight presence in the film.