There Was Nobody Like Irrfan Khan. There Never Will Be

Irrfan Khan leaves a vacuum like no other in Indian cinema 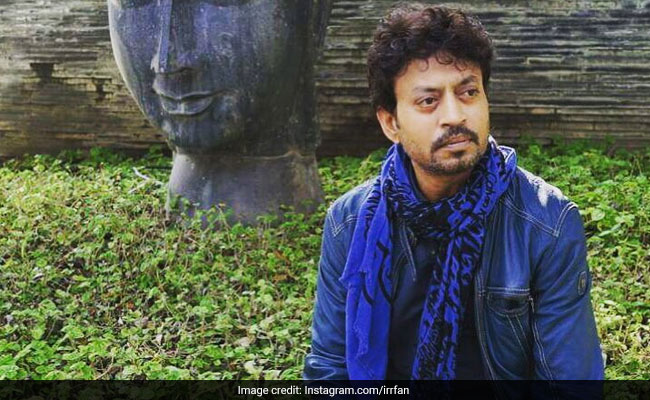 Heartbroken, the nation bid farewell to beloved actor Irrfan Khan on Wednesday. Mr Khan, admired by his colleagues and adored by cine-goers worldwide, died in a Mumbai hospital where he was being treated for a colon infection. He was 53. All of last year, the actor had been battling a tumour in London; he returned to Mumbai in September after months of treatment. Months later, he was gone. Irrfan Khan leaves a vacuum like no other in Indian cinema - he was considered a "monster of an actor" by his peers, among whom number international talents like Tom Hanks and Ang Lee.

Irrfan Khan was born in Rajasthan on January 7, 1967. He gave up a promising cricket career because he couldn't afford to participate in a tournament to pick emerging talent. Later, while enrolled in a Masters course in college, the young Irrfan won a scholarship to the National School of Drama - and a star was born. Irrfan Khan worked in over 100 films in his 30-year career.

The journey to stardom, however, was a long one. Irrfan Khan made his debut in Mira Nair's Oscar-nominated 1988 film Salaam Bombay! He followed it with small roles in arthouse gems like 1990's Ek Doctor Ki Maut, starring Shabana Azmi and Pankaj Kapur - years later, Mr Khan would co-star with Pankaj Kapur in the acclaimed Maqbool. Mira Nair reunited with him in 2007's The Namesake.

Over the next decade, Irrfan Khan worked in a clutch of small films - his breakout role was in British filmmaker Asif Kapadia's 2001 offering The Warrior, winner of several awards including a BAFTA. Three years later, he was cast as the title character in Maqbool, Vishal Bhardwaj's adaptation of Macbeth. Maqbool, which boated an ensemble cast that included Naseeruddin Shah, Tabu and Om Puri in addition to Pankaj Kapur, opened the floodgates for Irrfan Khan, both at home and in Hollywood.

His filmography is a heady mix of high and low - even among his Hollywood credits, acclaimed works such as The Lunchbox, Life of Pi, The Namesake, Slumdog Millionaire and Paan Singh Tomar rub shoulders with mainstream fare such as Inferno, Jurassic World and The Amazing Spider-Man.

At home, Irrfan Khan juggled serious work such as Haider, Paan Singh Tomar and Haider with infinitely more lowbrow projects like Chocolate, Jazbaa and Thank You. None of these appearances dented his reputation as a thespian and, very often, Irrfan Khan managed to pick films that successfully combined entertainment with depth - 2015's Piku stands out in this crop.

Irrfan Khan was diagnosed with a tumour in 2018 and returned to Mumbai last September after surgery and treatment in London. He had films release while he was battling the disease - Blackmail and Karwaan. His very last film, Angrezi Medium, released just weeks before his death - it was a sequel to Irrfan Khan's 2017 hit Hindi Medium.

Irrfan Khan is remembered not just with respect but also fondness. For his colleagues, he was the very acme of talent. "Monster of an actor," tweeted filmmaker Sujoy Ghosh after watching The Lunchbox. Mr Khan was also considered a gentleman. Speaking to DNA in 2018, actress Tanushree Dutta revealed that Irrfan Khan and co-star Suniel Shetty had both spoken up for her while filming 2005's Chocolate when the director allegedly asked her "to take her clothes off and dance" off-camera.

Irrfan Khan is survived by his wife Sutapa and two sons. His legacy will live on forever.