"Never seen someone use the beats of silence so beautifully to convey so much about who we are," wrote Kal Penn 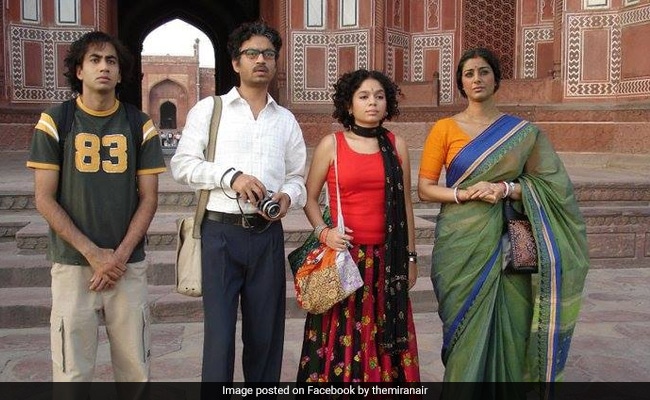 Kal Penn and Irrfan Khan in a still from The Namesake. (courtesy MiraNair)

Actor-comedian Kal Penn, who played Irrfan Khan's onscreen son Gogol in Mira Nair's 2006 film The Namesake, based on Jhumpa Lahiri's novel of the same name, paid tribute to the late actor on social media. Irrfan Khan died at 53 on Wednesday in Mumbai's Kokilaben Dhirubhai Ambani Hospital; it marked the end of a long battle against cancer. Kal Penn shared stills from The Namesake, which also starred Tabu, and wrote: "Irrfan's art and humanity will be badly missed. Never seen someone use the beats of silence so beautifully to convey so much about who we are. Sending love to Sutapa and the family."

Irrfan's art and humanity will be badly missed. Never seen someone use the beats of silence so beautifully to convey so much about who we are. Sending love to Sutapa and the family. #IrrfanKhan

The Namesake is considered to be one of Irrfan Khan's finest performances. The actor's portrayal of Ashok Ganguli, a first-generation immigrant and a quintessential Indian father is deeply embedded in our cultural consciousness. At the end of the film, Irrfan's character dies of a massive heart attack and Kal Penn's character Gogol is seen coming to terms with life as he immerses his father's ashes in a river. The film opened to great reviews from film critics in the US and was screened at several film festivals in New York and Toronto. The Namesake was Irrfan Khan's second project with Mira Nair - his first ever role was in her Academy Award-nominated film Salaam Bombay!.

Irrfan Khan, who was last seen in the 2020 film Angrezi Medium, was diagnosed with an neuroendocrine tumour in 2018. He returned to Mumbai some months ago after being treated in London. The actor is survived by his wife Sutapa and two sons.