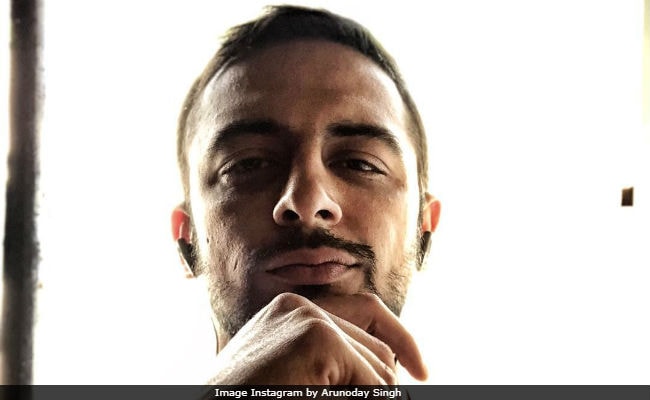 New Delhi: Irrfan Khan's Blackmail co-star Arunoday Singh said that the actor is a 'strong man,' reported news agency IANS. Speaking about the recent buzz surrounding Irrfan Khan's health, Arunoday Singh told IANS, "Just give the man some time to face it. It is his life. Let him just face it. He is a strong man and just pray for him. We do not need to speculate. You just need to send him good wishes. Whatever happened to that?" Last month, Irrfan, 51, was diagnosed with NeuroEndocrine Tumour. The Piku actor had posted a statement disclosing his 'rare disease,' which had left the whole of Bollywood and his fans in a state of shock.

In his statement, Irrfan Khan wrote, "The unexpected makes us grow, which is what the past few days have been about. Learning that I have been diagnosed with NeuroEndocrine Tumour as of now has admittedly been difficult, but the love and strength of those around me and that I found within me has brought me to a place of hope....." The Maqbool star is currently in London, apparently for his treatment.

Arunoday Singh, who has known Irrfan Khan since their first film together - Yeh Saali Zindagi -told IANS, "I did Yeh Saali Zindagi with him a couple of years ago. He is exactly the same. He is much more successful, but he is exactly the same. He is as wonderful and as down to earth as a man." Blackmail is Arunoday Singh's second association with Irrfan Khan.

For Sudhir Mishra-directed film Yeh Saali Zindagi, Arunoday Singh was nominated for Best Supporting Actor at the Screen Awards that year. He made his debut as an actor in 2009 film Sikandar.

Promoted
Listen to the latest songs, only on JioSaavn.com
Blackmail, a dark comedy directed by Abhinav Deo was released on April 6.