Irrfan Khan is battling neuroendocrine tumour but Abhinay Deo, the director of his film Blackmail, said the film releases on schedule 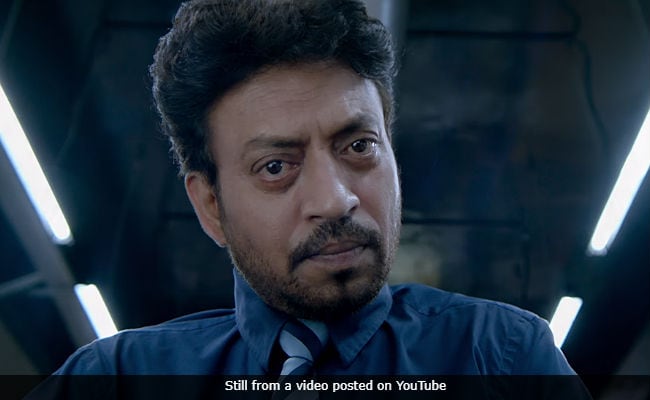 New Delhi: Irrfan Khan's Blackmail director Abhinay Deo told news agency IANS that the actor, who revealed his "rare disease" is neuroendocrine tumour, wants the best possible release for the film. Abhinay said that Irrfan did not want to postpone the release of Blackmail and the makers decided to go ahead with the promotions after meeting the actor. "Irrfan doesn't want us to postpone the film. Bhushan (producer Bhushan Kumar) and I will make sure that Blackmail gets the best possible release. The onus of marketing and releasing the film is now onto us. We took the decision of launching the song only after meeting Irrfan," he told IANS.

"When I met him, he was very curious to know about the trailer, songs and the dialogue promos that we would be making. His only request was that the film should get the best possible release and it should not suffer because of his absence," Abhinay Deo added.

On Friday, Irrfan revealed that he has been diagnosed with neuro-endocrine tumour and that he will be treated abroad for it. "Learning that I have been diagnosed with neuro-endocrine tumour as of now has admittedly been difficult, but the love and strength of those around me and that I found within me has brought me to a place of hope," Irrfan said in his statement.

Earlier this month, Irrfan Khan released a statement on social media in which he said that in his search of "rare stories" he found a "rare disease." Last week, Irrfan's wife Sutapa Sikdar in a Facebook post requested fans of the actor to refrain from speculating about his disease and said that the Paan Singh Tomar actor is "fighting every obstacle with tremendous grace and beauty."

Here's what Irran Khan and the Sutapa Sikdar posted:

Promoted
Listen to the latest songs, only on JioSaavn.com
Blackmail also stars Kriti Kulhari (Pink and Indu Sarkar) and Arunoday Singh. The film will open in theatres on April 6.