Irrfan Khan was diagnosed with neuro-endocrine tumour, for which he is being treated abroad 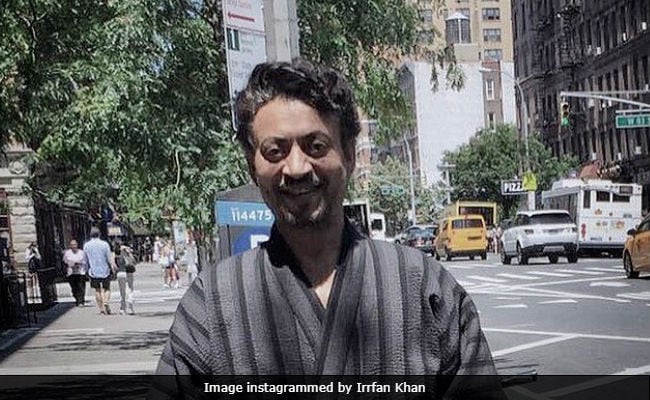 New Delhi: Actor Irrfan Khan, who is battling neuro-endocrine tumour, is not consulting any Ayurveda doctor, his spokesperson said on Saturday. The reports of the Paan Singh Tomar actor consulting Vaidya Balendu Prakash went viral but the 51-year-old actor's spokesperson said that Irrfan spoke to Mr Prakash only once on telephone and there have been no other correspondence between them after that. "As suggested by recent news reports, Irrfan Khan is not consulting with Vaidya Balendu Prakash. He at one point had contacted him but other than one phone call there has been no conversation or consultation whatsoever. It is unacceptable to be using someone's illness for your own publicity and personal gain," the spokesperson said in a statement.

The statement also requested fans to refrain from speculating about Irrfan's health and his ongoing treatment, apparently in London. "Like irrfan khans previous statements, we all need to respect the space asked for and wait for him or his wife's statement for any further update."

Irrfan Khan on March 15 revealed that he has been diagnosed with neuro-endocrine tumour and that he will be treated abroad. Two days later he posted on Instagram from London. Irrfan first revealed that he contracted a "rare disease" on March 5 and promised to share the details after "conclusive diagnosis" - which he did after 10 days.

This was Irrfan Khan's last statement:

Irrfan Khan will be seen on the big screen in Blackmail, releasing next month. Director Abhinay Deo said that Irrfan did not want to postpone the film's release and therefore, the makers are going as per schedule for the film's release.
Comments
irrfan khanneuro endocrine tumorirrfan khan treatment