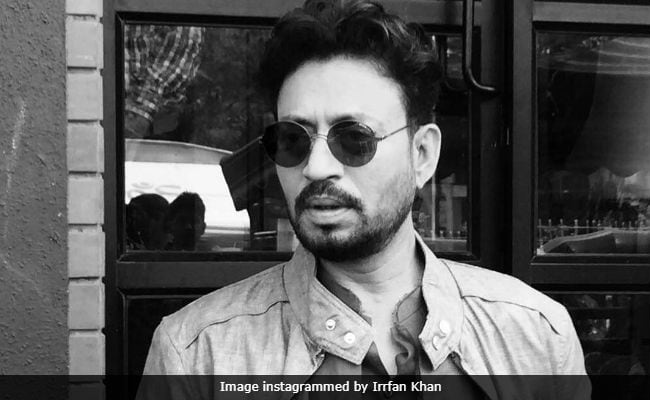 Irrfan Khan will be next seen in Blackmail. (Image courtesy: Irrfan)

New Delhi: Actor Irrfan Khan, who is battling neuro-endocrine tumour (as he revealed last week) has reached London, apparently for his treatment - Irrfan Khan said in his statement, released on Twitter, that he would be travelling abroad for his treatment. On Monday, Irrfan Khan, 51, in an Instagram post shared a picture of his shadow along with a poem by Rainer Maria Rilke. "Learning that I have been diagnosed with neuro-endocrine tumour as of now has admittedly been difficult, but the love and strength of those around me and that I found within me has brought me to a place of hope. The journey of this is taking me out of the country, and I request everyone to continue sending their wishes," Irrfan had said in his statement.

Here's what Irrfan posted on Tuesday:

This is Irrfan Khan's statement:

Earlier this month, Irrfan Khan revealed that he has contracted a "rare disease" and said that he will share the details after "conclusive diagnostics," which he did (as promised) 10 days later. In between, Irrfan's wife Sutapa Sikdar also urged fans to stay away from speculations and hope for the best. She called her husband a "warrior" who is "fighting every obstacle with tremendous grace and beauty."

Irrfan Khan's next film Blackmail is releasing next month but the actor won't be around for the film's promotion or maybe even the release. Director Abhinay Deo told news agency IANS that Irrfan requested the makers not to postpone the film's release.

Promoted
Listen to the latest songs, only on JioSaavn.com
Irrfan has several projects aligned after Blackmail, one of which was a film with his Piku co-star Deepika Padukone. Vishal Bhardwaj, the film's director, on Monday tweeted that the team will wait for Irrfan:

Irrfan is a warrior and we know he will conquer this battle. Therefore @deepikapadukone, Prernaa @kriarj and I have decided to reschedule our film and start with renewed energy and celebration when our warrior returns as a winner.