Arunoday Singh Ends Marriage With Lee Elton, Says "We Were Very Good At Love But Couldn't Survive The Reality"

Arunoday Singh: "We shall try to resolve this with compassion and dignity" 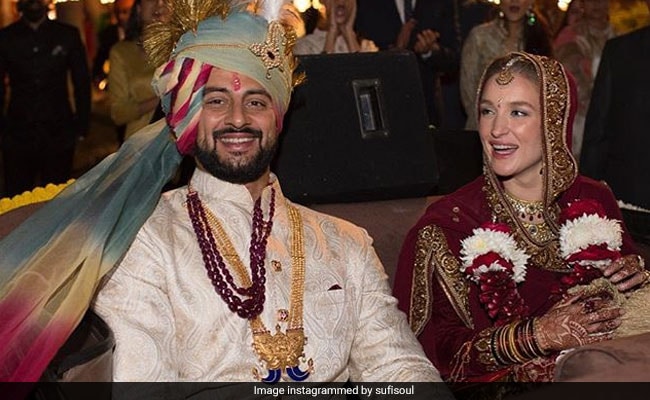 Aisha actor Arunoday Singh, who married to his long-time Canadian girlfriend Lee Elton in December 2016, announced that he and his wife have decided to part ways. In an Instagram post, the actor said that "it seems wiser to let go." Arunoday said: "My marriage seems to be over. Turns out we were very good at love, but couldn't survive the reality. Despite our best efforts, professional counseling and a current trial separation, nothing seems to have helped bridge the fundamental differences that have emerged between us. It seems wiser to let go. I think we both deserve better. We shall try to resolve this with compassion and dignity."

Arunoday Singh started dating Lee Elton after they met in Goa, where Lee owns a restaurant. The couple got married in a traditional Hindu ceremony in Bhopal (Madhya Pradesh), which was no less than a royal wedding. TV presenter Gaurav Kapoor, director Ankur Tewari, actor Cyrus Sahukar and VJ Yudhishtir were among the guests who attended their wedding. The 36-year-old actor even shared a number of photos from his wedding on social media. Take a look:

Arunoday Singh made his debut in Bollywood with 2009 movie Sikandar, in which he starred as Zahageer Qadir. He has made his impact in film industry with some brilliant movies such as Yeh Saali Zindagi, Blackmail, Aisha, Ungli and Buddha In A Traffic Jam. He was even nominated for the Best Actor in a Supporting Role category for his outstanding performance in Yeh Saali Zindagi.