Into The Wild: Ram Charan And Wife Upasana Kamineni's Pre-Anniversary Trip To Africa 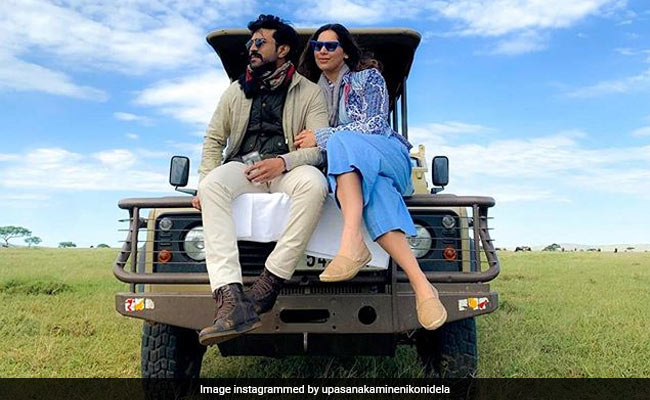 South superstar Ram Charan and his wife Upasana Kamineni Konidela made some unforgettable memories in Tanzania recently on their pre-anniversary trip and shared glimpses of their Africa retreat with fans. Upasana filled up her Instagram with postcard-worthy photos from their Tanzania-special trip, which appears to have come to an end and as she shared the latest post with this caption: "A big thank you to everyone that made our short and sweet trip so special. And all you guys for showering us with so much love and positivity." Upasana's post offers envy-inducing glimpses of the couple dressed in safari-special wardrobe while chilling at the One Nature Nyaruswiga Luxury Safari Camp.

A big thank u to everyone that made our short & sweet trip so special. @jungsaad @swamynathkorlapati @singita_ @onenaturehotels And all u guys for showering us with so much love & positivity. most important : the animals & Mother Nature who were soooo kind and blessed us with great sighting & weather. #ramcharan #upasana

A post shared by Upasana Kamineni Konidela (@upasanakaminenikonidela) on Jun 4, 2019 at 12:49am PDT

Upasana Kamineni's preceding Instagram posts has snippets of their adventures at the Serengeti National Park - during their jungle safari, the duo clicked a daredevil selfie with lion cubs playing in the backdrop. "Untamed Africa. A Truly desirable selfie! Unreal wildlife!" For another loved-up photo with husband Ram Charan, Upasana added what made this trip extra special: "Happy Anniversary to us! (In advance). Every anniversary we promised to do something new together - diving, adventure sports, learn healing techniques, take culinary lessons. This time it's all about wildlife! Absolutely love it!"

A post shared by Upasana Kamineni Konidela (@upasanakaminenikonidela) on May 30, 2019 at 6:07am PDT

Happy Anniversary to us ! (In advance ) Every anniversary we promised to do something new together - diving , adventure sport , learn healing techniques, take culinary lessons etc. This time it's all about wildlife ! Absolutely love it ! #wildinafrica Mr & Mrs C @jungsaad

A post shared by Upasana Kamineni Konidela (@upasanakaminenikonidela) on May 29, 2019 at 9:44pm PDT

Ram Charan and Upasana will celebrate their 7th wedding anniversary on June 14. Nonetheless, early anniversary wishes poured in from actresses Samantha Ruth Prabhu (married to Naga Chaitanya), Rakul Preet Singh and Kajal Aggarwal, all of who have worked with Ram Charan. 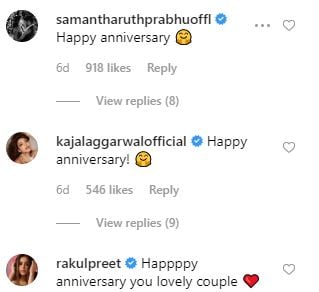 Ram Charan is the son of megastar Chiranjeevi and he's cousins with south actors such as Allu Arjun, Varun Tej and Sai Dharam Tej. Ram Charan was last seen in Vinaya Vidheya Rama and will next be seen in SS Rajamouli's RRR, which also stars Alia Bhatt.