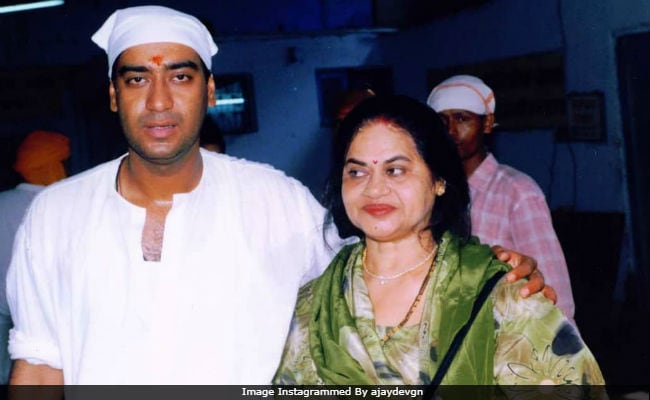 New Delhi: Actor Ajay Devgn posted an old picture with mother Veena on International Women's Day and captioned it as, "The first woman in my life who taught me well! To all mothers, daughters, better halves & sisters everywhere... You are celebrated every day!" The post is pure gold as Ajay Devgn rarely shares pictures of his family members unlike his wife Kajol. The actress shared a quirky video of herself with a message that reads, "Fight like a woman. Happy Women's Day." Social media is flooded with several pictures and stories on International Women's Day, posted by various celebrities like Amitabh Bachchan, Anushka Sharma, Virat Kohli, Katrina Kaif, Sushmita Sen and Lara Dutta.

The first woman in my life who taught me well! To all mothers, daughters, better halves & sisters everywhere... You are celebrated everyday!

Kajol, 43, and Ajay Devgn, 48, have been since 1999. They are parents to daughter Nysa, 14, and son Yug, 6. The couple celebrated their 19th wedding anniversary two weekends ago. They reportedly went to Singapore for a small family-only vacation.

Promoted
Listen to the latest songs, only on JioSaavn.com
Kajol is the daughter of actress Tanuja and filmmaker Shomu Mukherjee. Her younger sister Tanishaa is also an actress. Actress Rani Mukerji and filmmaker Ayan Mukerji are her cousins.