Kajol and Ajay Devgn are reportedly celebrating their anniversary in Singapore 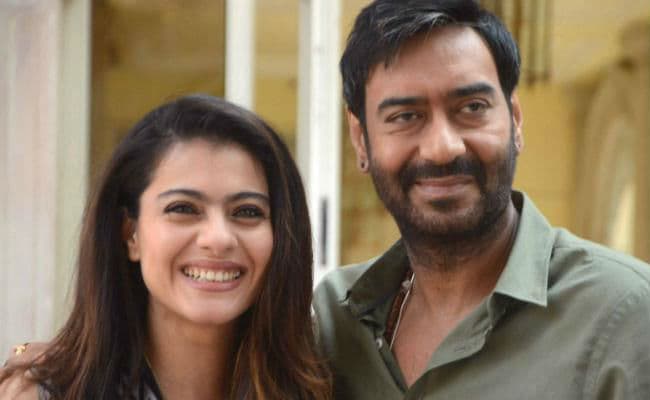 Kajol and Ajay Devgn outside a studio in Mumbai.

New Delhi: Actor couple Kajol and Ajay Devgn have been married for 19 years today. The couple has reportedly planned a mini vacation with their children Nysa and Yug in Singapore, where they will also celebrate their anniversary. A source told Times of India that they decided to "celebrate it with family than throw a bash." Neither Kajol nor Ajay Devgn have posted customary romantic messages on their social media pages. Though Ajay Devgn is pretty much a social media recluse, Kajol often shares fabulous family moments. On their anniversary today, take a look at top 10 posts Kajol and Ajay Devgn shared on Instagram about their family.

Another version of our selfies ! Happy new year people

a formal pic for once

It is all about the simple pleasures in life.

Kajol and Ajay Devgn met on the sets of 1995 film Gundaraj and fell in love. The started dating in 1994 while they were filming Gundaraj. On this day in 1999, Ajay Devgn married Kajol as per traditional Maharashtrian rituals. Kajol is the daughter of actress Tanuja and filmmaker Shomu Mukherjee. Her younger sister Tanishaa is also an actress. Actress Rani Mukerji and filmmaker Ayan Mukjerji are Kajol's cousins.

Promoted
Listen to the latest songs, only on JioSaavn.com
Ajay Devgn also has an affluent filmy background. His father Veeru Devgan was a popular stunt choreographer while his mother Veena was a film producer. Ajay Devgn's brother Anil is a filmmaker and screenwriter. Anil has directed Kajol and Ajay Devgn in Raju Chacha, which was produced by Ajay.

Ajay Devgn and Kajol have co-starred in several films together. These include Hulchul, Dil Kya Kare, Pyaar To Hona Hi Tha and Ishq. In 2008, Ajay Devgn debuted as director and made U, Me Aur Hum with Kajol and himself in lead roles. The film failed at the box office. Kajol is currently prepping for Pradeep Sarkar's Eela, which will be produced by Ajay Devgn. Ajay is awaiting the release of Raid, co-starring Ileana D'Cruz. Happy anniversary, Kajol and Ajay Devgn!