Priyanka Chopra's mother said: "The pay scale is determined by the merit, qualification and talent" 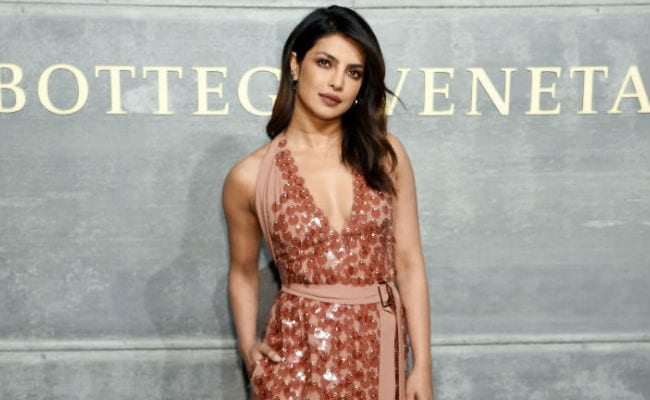 New Delhi: Priyanka Chopra, who co-owns Purple Pebble Pictures with her mother Madhu Chopra, is taking crucial steps to make her production company a "gender-neutral" organisation, reports mid-day. The Chopras are planning to engage more female artistes and they will reportedly add a clause in the contracts, which will state that remuneration will not be determined based on gender. Madhu Chopra told mid-day: "The pay scale is determined by the merit, qualification and talent. So there are different parameters, but gender is definitely not one of them. We believe in gender equality and that applies to remuneration too."

"We have women story writers, directors and camera technicians. So in every aspect of filmmaking, we are encouraging women. Although I would reiterate that we give equal opportunity, there is a certain bias towards women at the moment because they are marginalised and we have to give them an additional push," she added.

Promoted
Listen to the latest songs, only on JioSaavn.com
Priyanka's company last financed Sikkimese film Pahuna, which was directed by Paakhi Tyrewala. Their recently completed project is Firebrand, made by National Award winning director Aruna Raje. Of promoting women through Purple Pebble Pictures, Madhu Chopra told mid-day: "Female-centric stories make the most impact on people. Everyone knows that women are strong enough to be talked about. The impact that I am expecting [from these developments] is that women will rise from where they have been put and walk shoulder to shoulder with their male counterparts."

Priyanka Chopra was last seen in Hollywood film Baywatch and she is currently in the US filming the third season of her popular television show Quantico. Her upcoming films are A Kid Like Jake and Isn't It Romantic?.
Comments
priyanka choprapurple pebble pictures

"People Like You Make The World A Better Place," Writes Ali Fazal For Fiancee Richa Chadha Amid Anurag Kashyap Row