Inside Twinkle Khanna's Cute Lunch Date With Aarav And Nitara

Twinkle Khanna, who is Akshay Kumar's wife, was spotted with her children outside Pali Bhavan restaurant at Bandra in Mumbai 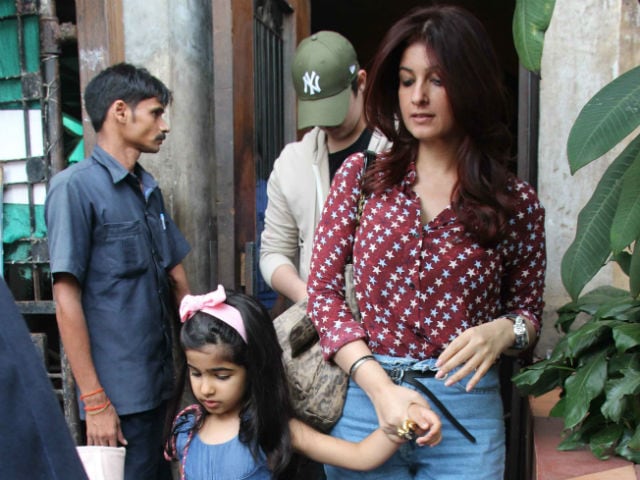 Twinkle Khanna with Aarav and Nitara.

New Delhi: Actress-turned-writer Twinkle Khanna was spotted with her family at Bandra in Mumbai on Saturday. She was accompanied by her 4-year-old daughter Nitara and son Aarav, who celebrated his 15th birthday on Friday. Actress Dimple Kapadia, who is Twinkle Khanna's mother, was also spotted with her maternal grandchildren while they all had a sumptuous lunch at Pali Bhavan restaurant in Bandra. Twinkle Khanna looked pretty in a shirt paired with blue denims while Nitara was busy being adorable and was seen holding her mother's hand. Not to be missed was the little girl's quirky rainbow sling bag. Meanwhile Aarav, who is actor Akshay Kumar's son, seemed to shy away from the cameras.

Here are some pictures from Twinkle Khanna's family lunch date: 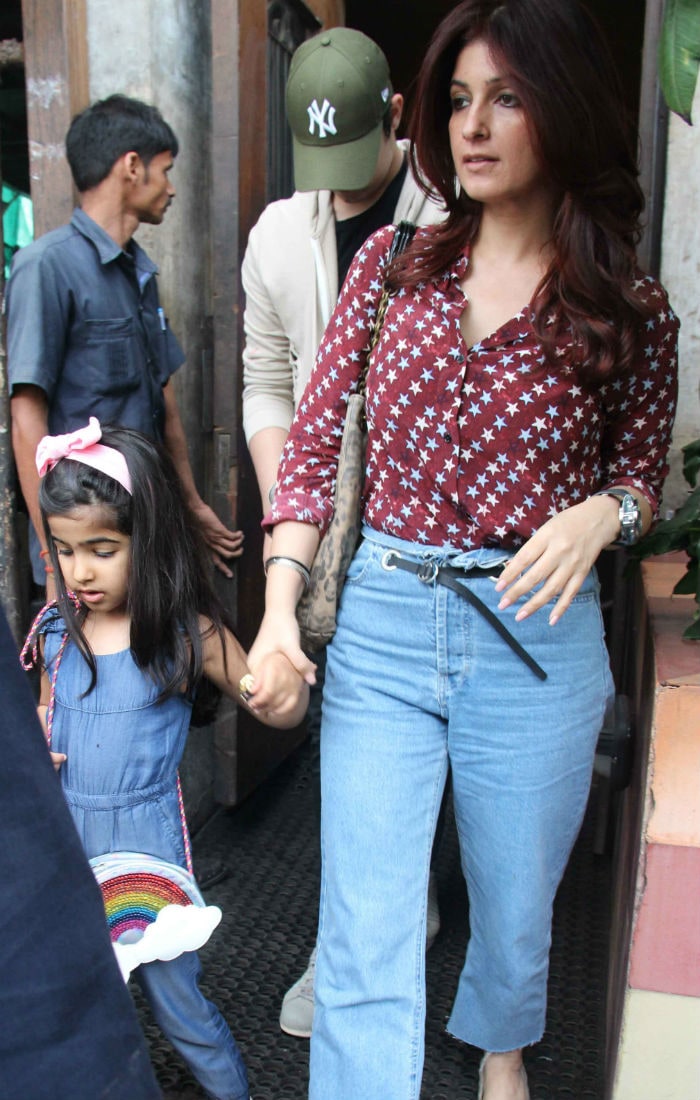 Twinkle Khanna with Aarav and Nitara. 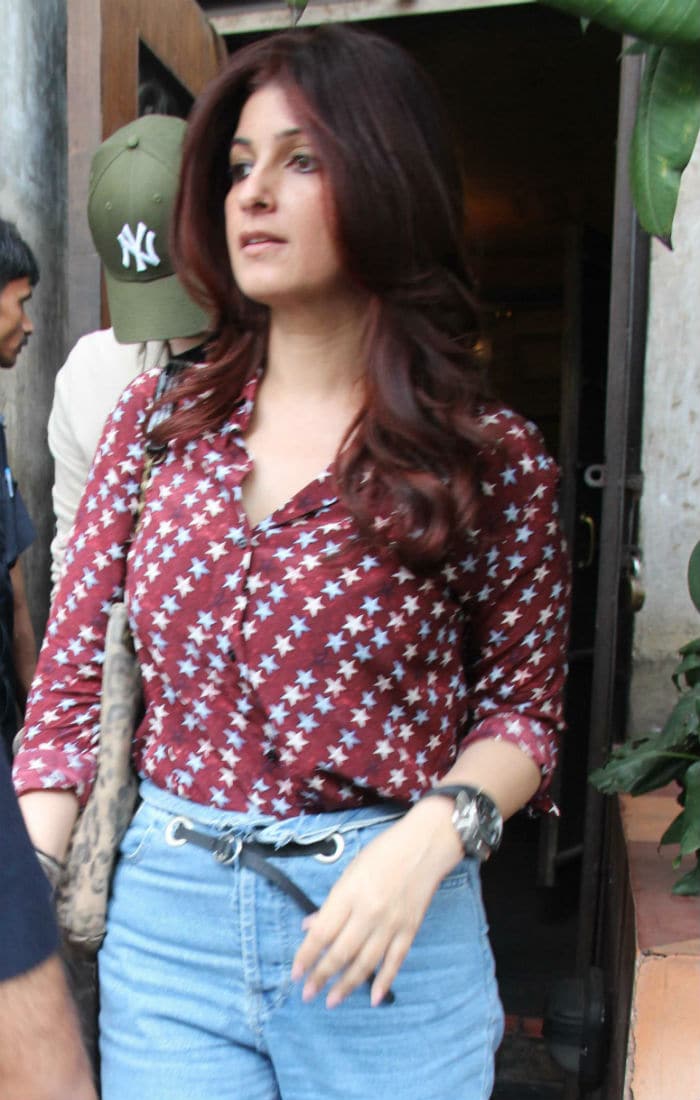 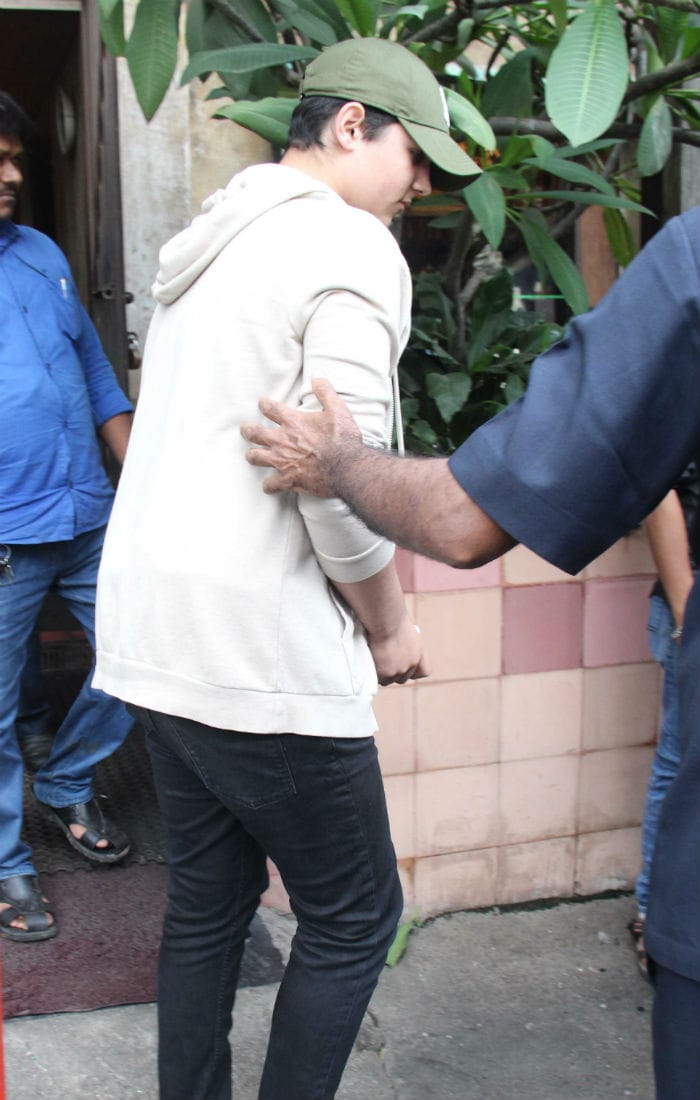 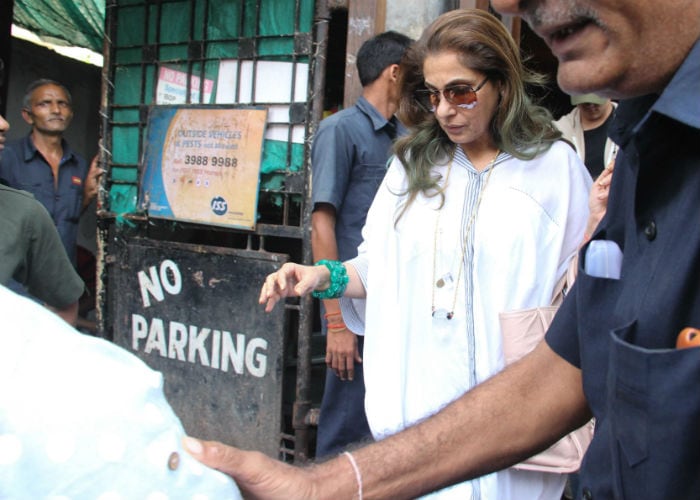 On Aarav's birthday, Akshay, 50 shared a heartfelt wish for his 'favourite human being' on social media.

Here's what the Khiladi shared:

From teaching you how to climb a tree, to learning from you how to make a video call...Happy birthday to my favoritest human being

Twinkle also posted a video for Aarav on his birthday, in which he is seen jumping on a trampoline. Twinkle captioned the video as, "Happy birthday my darling! May you always land firmly on your feet! #15thbirthday."

Happy birthday my darling! May you always land firmly on your feet! #15thbirthdaypic.twitter.com/tGiZUle0pe

Twinkle and Akshay recently returned to Mumbai after vacationing in the Swiss Alps, where they celebrated the actor's 50th birthday. Twinkle Khanna surprised Akshay on his birthday with a special gift. She gave him customised portraits featuring son Aarav and daughter Nitara, which gave their fans and followers major family goals.

Earlier, when asked if Akshay wants Aarav to become an actor, Akshay told DNA, "I hope he does because this industry is great. It's a very welcoming industry and it's given food and shelter to me and my family for years now. But I will just tell him one thing that he will have to make his own mark. I am there to guide him, help him but he has to do everything here on his own. But that's thinking too far. He is a teenager. Let him finish his studies."

Promoted
Listen to the latest songs, only on JioSaavn.com
Twinkle's mother, Dimple Kapadia, is popularly known for her films like Saagar and Bobby for which she won the Filmfare Award For Best Actress. Akshay Kumar, 50, and Twinkle Khanna, 42, have been married for over 16 years now. Twinkle Khanna, who made her Bollywood debut with Barsaat, is now a writer and columnist. Her first book titled Mrs Funny Bones sold over one hundred thousand copies, making her India's highest-selling female writer of 2015.

Akshay, who was last seen in Toilet: Ek Prem Katha, which received a great response at the box-office, will next feature in Padman, produced by Twinkle Khanna. He also has Gold in the pipeline.