Inside Tahira Kashyap's Birthday Bash With Ayushmann Khurrana And Others 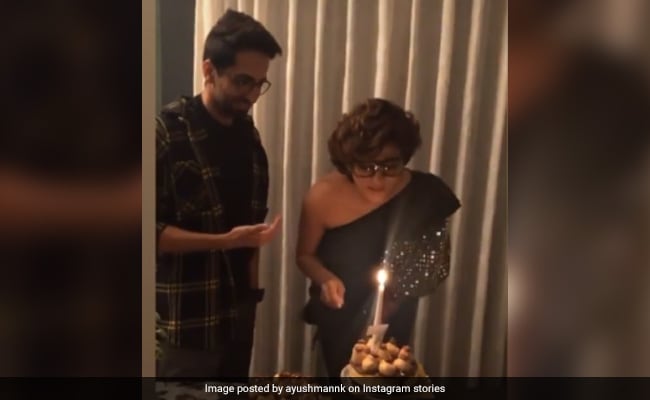 Tahira Kashyap turned 35 on Tuesday and her birthday was made extra special by her actor husband Ayushmann Khurrana and several Bollywood celebrities (but more on that later). Ayushmann posted a throwback picture of the birthday girl on his Instagram profile on Tuesday and revealed the backstory behind the adorable picture. In the picture, Tahira could be seen wearing a white dress as she happily smiled for the camera. Ayushmann accompanied the post with an equally cute caption and he wrote: "Tahira means pure and virtuous. That's what you are. This was your first year in Mumbai and in my life in this city. Santosh humara pehla house help chutti pe gaya hua tha and we had spent the entire day cleaning the house. Tum aayi aur duniya badal gayi meri. You changed my perspective towards life and love. Tahira means pure and virtuous. That's what you are. Happy birthday love."

Meanwhile, Tahira posted a few pictures from her star-studded birthday party. Tahira's birthday party was attended by Bhumi Pednekar, Twinkle Khanna, Nushrat Bharucha, Aparshakti Khurana, Yami Gautam and Rajkummar Rao. Sharing the pictures from the birthday bash, Tahira wrote: "Thank you all for making my day so special! It's my birthday and I am super excited."

Thank you all for making my day so so so special!! It's my birthdayyyyyy and I am super excited!!! #birthdaygirl #lovebirthdays #excited #happy #gratitude

Ayushmann Khurrana recently received the National Film Award for his performance in AndhaDhun. The actor has films like Shubh Mangal Zyaada Savdhan and Gulabo Sitabo in the pipeline.