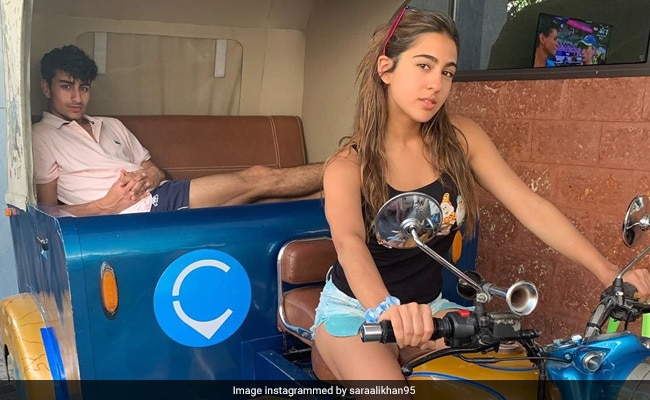 Sara Ali Khan is making Goa look so good. The 24-year-old actress managed to take some time out of her busy schedule and is currently on a vacation in Goa (going by her latest Instagram posts). On Friday night, Sara added another set of pictures to her Instagram profile. In one of the pictures, Sara can be seen posing with her brother Ibrahim Ali Khan as she sits on a rickshaw of sorts. In a separate picture, Sara can be seen posing with her brother Ibrahim (who can be seen dressed in a t-shirt with "I love Goa" caption printed on it) and her mother and actress Amrita Singh. Sara captioned her post: "Fam-Jam. Sun-tan." Sara's post was flooded with a series of compliments. "Such a beautiful family," commented actress Zareen Khan.

Sara Ali Khan gave her Instafam a glimpse of her vacation by sharing a set of stunning pictures on the photograph sharing application. Check out some of the pictures here: