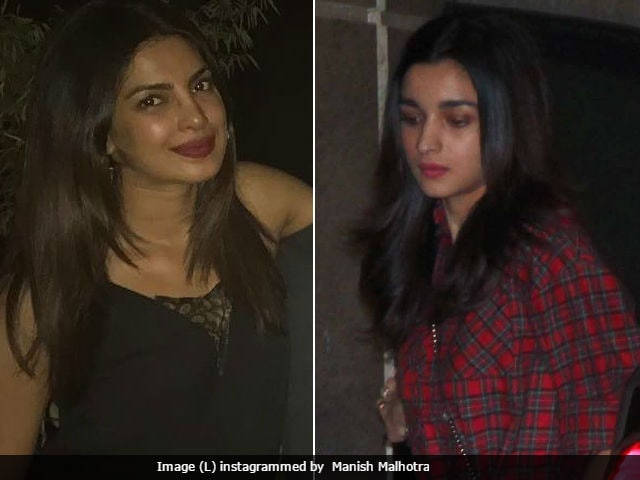 New Delhi: Actress Priyanka Chopra wrapped her overseas work commitments (well, most of them) and returned to Mumbai on Friday night. Priyanka, who stayed abroad for most of 2016, had a lot of catching up to do. She hosted a dinner at her Mumbai residence on Monday night which saw Karan Johar, Alia Bhatt, Sidharth Malhotra and several others in attendance. Priyanka shared a picture from the party last night and captioned it: "Good times .. good people #happygirlhere #mumbainights (sic)." Priyanka wore jazzy striped pyjamas with a black top and slippers (okay, totally cute). The group pic also features Salman Khan's sister Arpita and her husband Aayush, Sonali Bendre and Masaba.

Actress Alia Bhatt carpooled with Sidharth Malhotra, her Student Of The Year and Kapoor And Sons co-star, and director Karan Johar. She looked chic in checked shirt and denims. 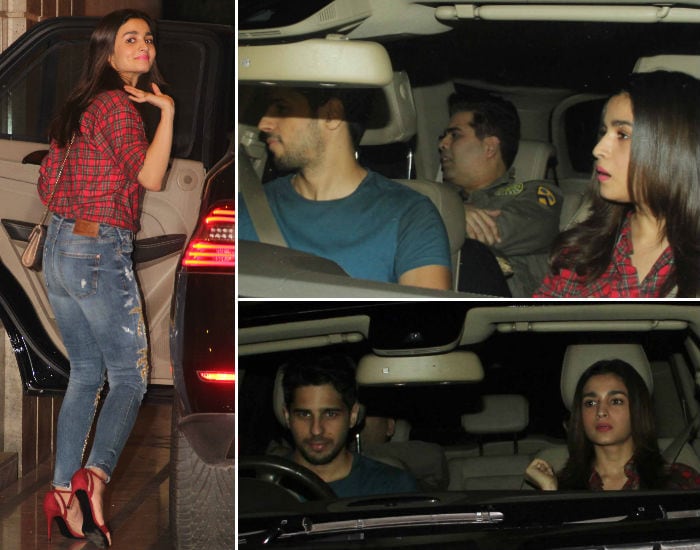 Promoted
Listen to the latest songs, only on JioSaavn.com
Actor Arjun Kapoor, who co-starred with Priyanka in Gunday, was accompanied by his sister Anshula. Director Kabir Khan's wife Mini Mathur, dressed in sari, arrived alone. 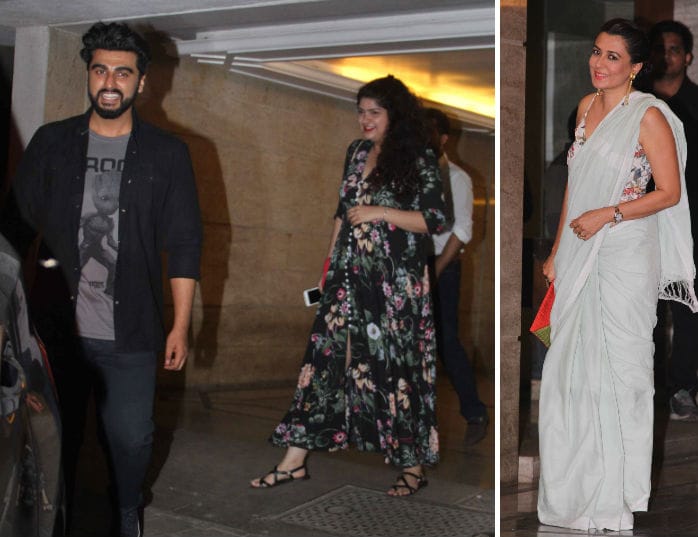 Arjun and Anshula Kapoor and MIni Mathur at Priyanka's party

Actress Sonali Bendre with her husband Goldie Bahl, designer Masaba and Madhu Mantena, Arpita and Aayush and Ritesh and Dolly Sidhwani attended the party in twos. 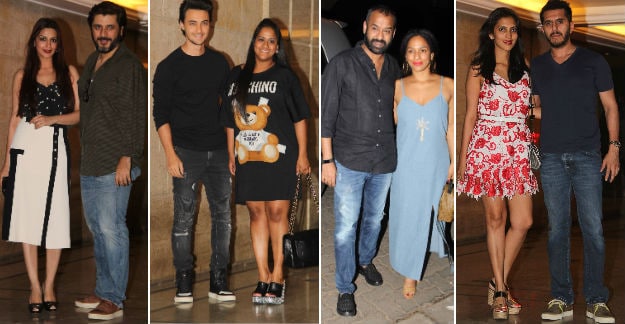 Celebs at Priyanka's party in Mumbai

Priyanka Chopra completed filming the second season of her American television show Quantico is awaiting the release of Baywatch, her first Hollywood film. She will join her co-stars Dwayne 'The Rock' Johnson and Zac Efron in Miami for promotions next month. The actress told news agency IANS that her co-stars may not come to India instead she'll promote the film here all by herself. Baywatch releases on May 25.

As for Bollywood, Priyanka, who was last seen in Jai Gangaajal, may be next seen in a biopic on astronaut Kalpana Chawla.