Maanayata's Ganesh Chaturthi pic is all about "love, grace and positivity" 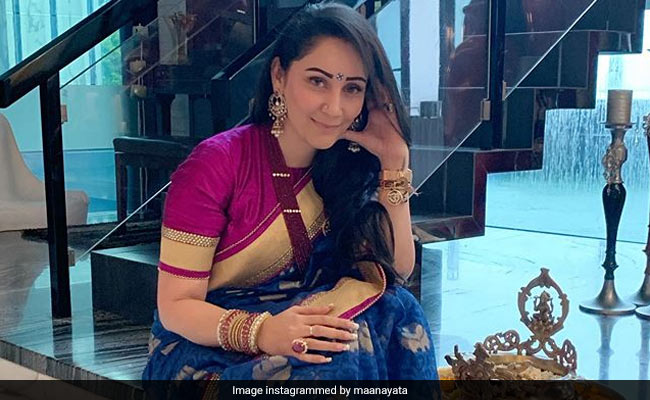 Sanjay Dutt's wife Maanayata Dutt is celebrating Ganesh Chaturthi and seeking blessings for the 60-year-old actor's upcoming movie Prasthanam. Maanayata, who welcomed Ganpati home on Monday, shared an update from Day #2 of her celebrations on Instagram. Maanayata's photo is dipped in the festive flavour as she kept the caption simple: "And the celebrations continue," she wrote and added in the hashtags that Ganesh Chaturthi is all about "love, grace and positivity", which the Dutts are celebrating: "#Ganeshchaturthi #day2 #love #grace #positivity #dutts #prassthanam #shadesofblue #beautifullife #thankyougod (sic)." In the photo, Maanayata is absolutely gorgeous in a blue saree, which she styled with a purple blouse and heavy traditional jewellery.

Maanayata adorably poses on the stairs with an aarti ki thali in the photo.

Maanayata's Ganesh Chaturthi post on Monday trended a great deal as the Internet spotted Trishala Dutt's comment on the photo. Trishala approved of Maanayata's look with the heart icons. Trishala is Sanjay Dutt's daughter with his first wife Richa Sharma and is settled abroad with her maternal grandparents Maanayata and Sanjay Dutt are parents to twins Shahraan and Iqra. Trishala and Maanayata share friendly rapport with each other and Trishala often joins the entire Dutt family on special occasions.

May the blessings of Shri Ganesha be with you and your family forever... may your lives be filled with love peace and happiness #ganeshchaturthi #love #grace #positivity #dutts #festivalglam #prassthanam #beautifullife #thankyougod

Meanwhile, little Shahraan was in charge of bringing Bappa home, who welcomed Ganpati with an aarti. 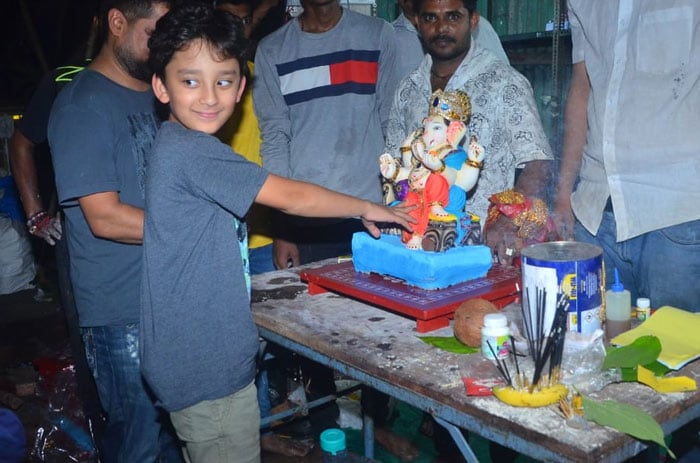 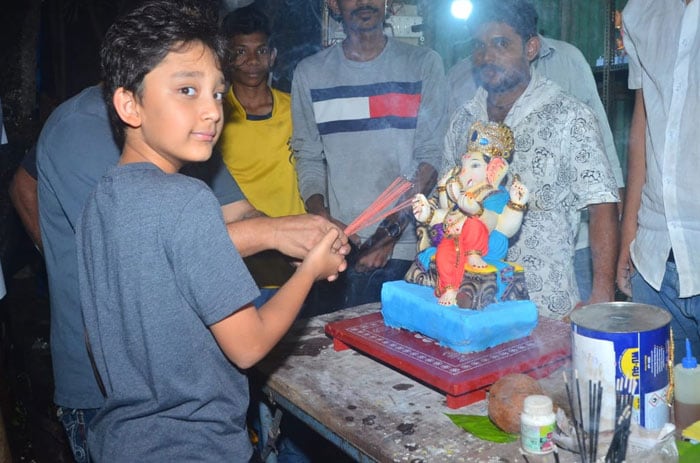 On Monday, several Bollywood stars celebrated Ganesh Chaturthi with their family and friends but the grandest Ganpati puja was hosted by the Ambanis, which saw guests like the Bachchans, Aamir Khan, Alia Bhatt, Ranbir Kapoor, Katrina Kaif and other celebs pouring in.

Sanjay Dutt's Prasthanam is slated to hit screens on September 30.