"We are still discovering new lands and there's so much more to see," Dulquer Salmaan wrote 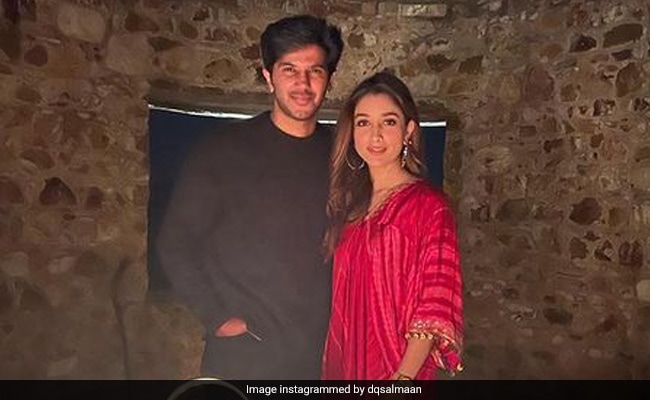 Dulquer Salmaan and wife Amal Sufiya are celebrating a decade of togetherness. On their 10th wedding anniversary, the 35-year-old actor shared dreamy pictures from the celebrations in an Instagram post and he accompanied the pictures with a mushy caption: "A decade of us. Of setting sail together as twenty somethings. With no direction and just the wind to lead us. Most times riding the waves that come at us. Shooting the breeze together. Holding each other tight during squalls. Finding our Zen during dead calms. Creating life. That becoming our lives. Now we have a compass and an anchor. Together through various ports of call our voyage continues. We are still discovering new lands and there's so much more to see. A decade later our vessel is stronger. The sails stand tall. With our angel safely on crows nest. Port or starboard I know we'll figure it out together. Shipmates forever."

Dulquer Salmaan and Amal got married in a private ceremony in Chennai on December 22, 2011. The couple are parents to a daughter named Maryam Ameerah, who they welcomed in May 2017.

In terms of work, Dulquer Salmaan was last seen in Kurup, in which he co-starred with Sobhita Dhulipala. Dulquer, after having starred in many Malayalam hit films, made his Bollywood debut in 2018 with the film Karwaan, in which he co-starred with late actor Irrfan Khan and actress Mithila Palkar. The Zoya Factor, co-starring Sonam Kapoor and Angad Bedi, was his last Bollywood project.

The actor will next be seen in Salute. The film will release in theatres on January 14, 2022. The film also features Diana Penty, Manoj K Jayan, Saniya Iyappan, Lakshmi Gopalaswamy, Saikumar and Ganapathi S Poduval. He will also feature in Hey Sinamika co-starring Aditi Rao Hydari and Kajal Aggarwal.