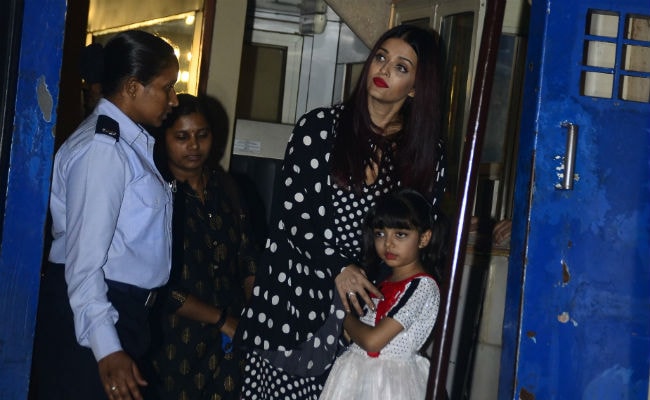 New Delhi: Aishwarya Rai and Abhishek Bachchan ensure that their daughter Aaradhya, who recently turned 6, participates in school activities and one such occasion was at her school's annual day function held in Mumbai on December 15. We spotted Aishwarya, Abhishek and Brinda Rai escorting Aaradhya to their car backstage after the performance. Aaradhya looked super cute in a frilled dress and with red pants (maybe, in sync with the Christmas theme). However, Aishwarya's polka-dotted outfit was a bit of a disappointment. Jaya Bachchan and Brinda Rai also accompanied the trio. Amitabh Bachchan gave the event a miss as he was shooting for Thugs Of Hindostan in Thailand. Take a look at backstage pictures of Aaradhya from her school function: 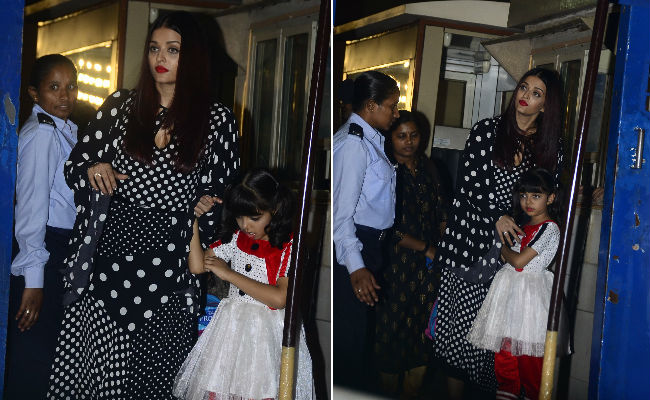 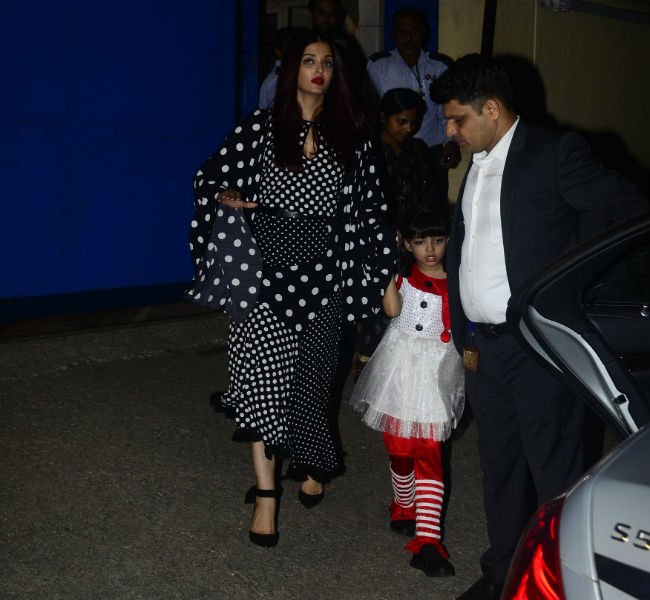 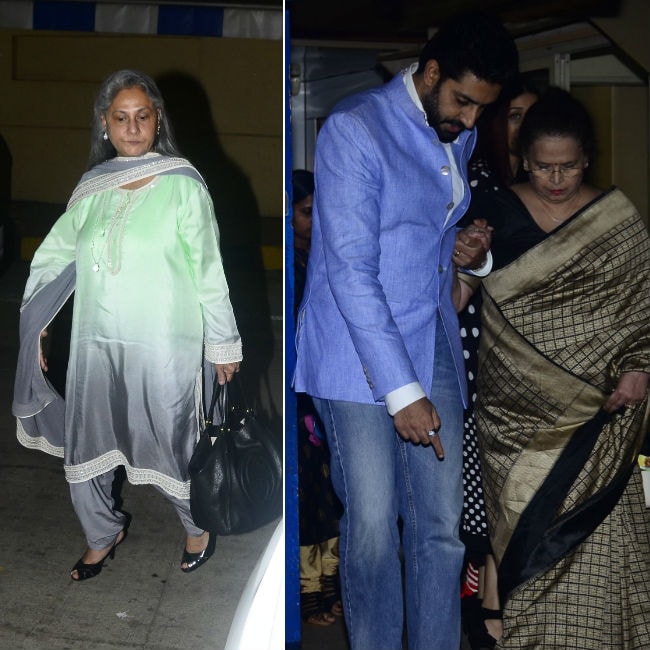 Recently, a Twitter user tried to troll Aaradhya for not having a "normal childhood" and got a fiery reply from Abhishek Bachchan. The Twitter troll, referencing to Aaradhya's recent outing with her mother Aishwarya, tweeted: "Is ur child not going to school? I do wonder What school gives permission to take a out a kid when u like to go a a trip with mom. Or are u guys going for beauty without brains. Always hand in hand with a arrogant mom. Not having a normal childhood. (sic)"

And this was Abhishek's reply:

Back to the school annual day function - It wasn't just Aaradhya but also Karisma Kapoor's son Kiaan Raj Kapoor, who was a part of the school festivities. Kiaan looked reluctant to pose in the stage get-up but his mom Karisma made sure Kiaan gave the waiting paparazzi some pictures (we know that feeling, Kiaan): 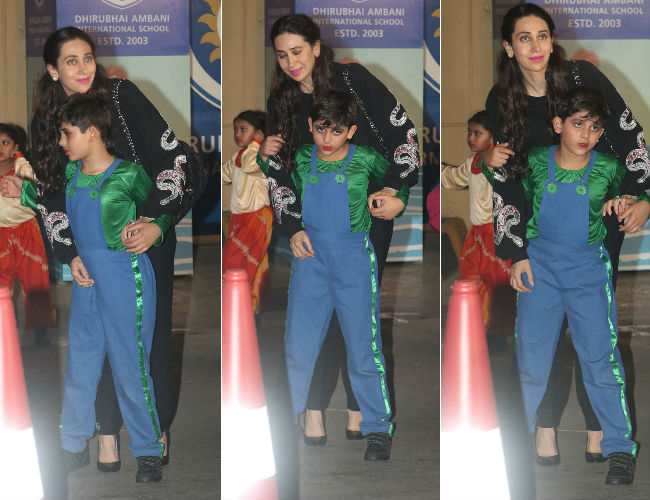 Celebrity photographer Dabboo Ratnani was there with his wife Manisha and children Myrah, Kiara, Shivaan. We also spotted Raveena Tandon and Anil Thadani and several other celebrities at the venue.
Comments
aishwraya aaradhyaaaradhya school eventaaradhya bachchan