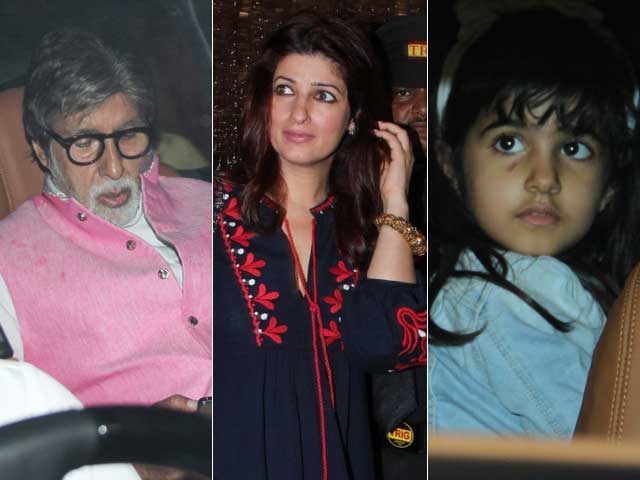 New Delhi: The youngest Bachchan had a big birthday last week and celebrated with a party to match on the weekend. Aaradhya Bachchan, daughter of Aishwarya and Abhishek, turned five on November 16. Her parents hosted a grand celebration at their Mumbai home on Sunday, inviting many celebrity friends with their children. Aaradhya didn't show for the cameras and nor did her mother Aishwarya. We did get a fleeting glimpse of Abhishek Bachchan supervising preparations, and Aaradhya's grandparents Amitabh and Jaya Bachchan being driven to the party. The theme of the party appeared to be pink, as seen in the decorations and in Big B's waistcoat.

Here are the Bachchans - Abhishek, too busy to smile for the cameras, and his parents in their car. Aaradhya's guest list included Nitara, who is the daughter of Akshay Kumar and Twinkle Khanna, and Azad, son of Aamir Khan and Kiran Rao. Nitara, 4, was accompanied by her mother, looking chic in a Zara dress. Nitara was dressed in blue with a ribbon in her hair. Akshay was otherwise occupied with the launch of the first look of 2.0, his film with Rajinikanth. 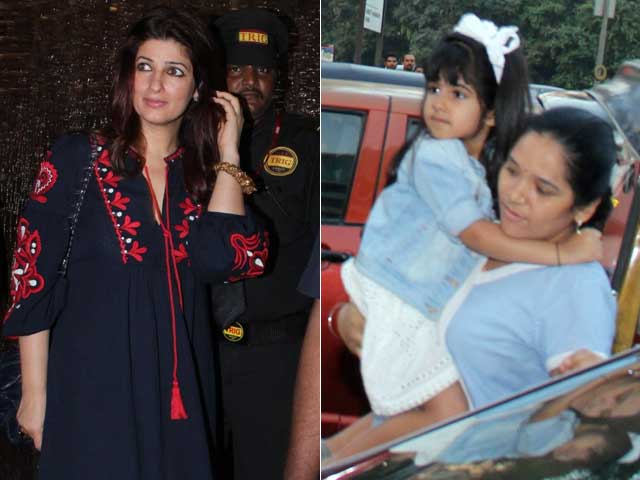 Kiran was pictured in her car with Azad, 4. In 2013, when Aaradhya and Azad were babes in arms, the hung out together in USA where Aamir and Abhishek were filming Dhoom: 3. 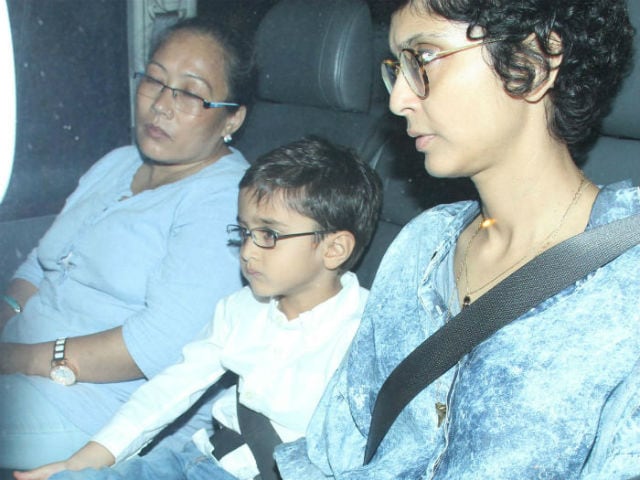 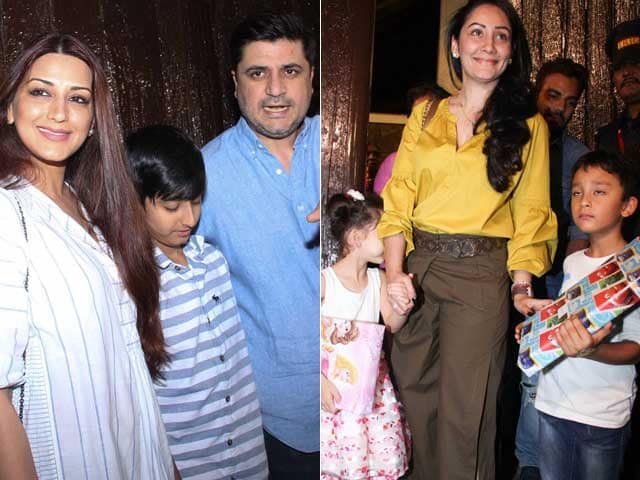 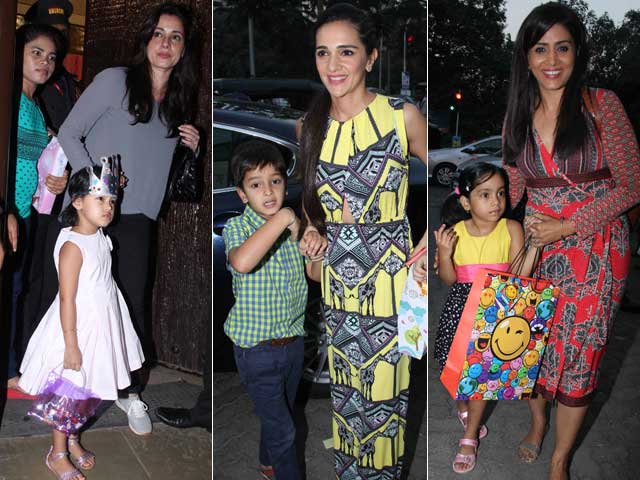 The family album was completed by Aishwarya's brother Aditya Rai, his wife Shrima and their son Vihaan; and Abhishek's cousin Naina Bachchan with her husband, actor Kunal Kapoor.