Indian Premier League 2018: Preity Zinta Is Back To India And She's 'Excited'

'It's IPL time, folks' and Preity Zinta is back to India for the game 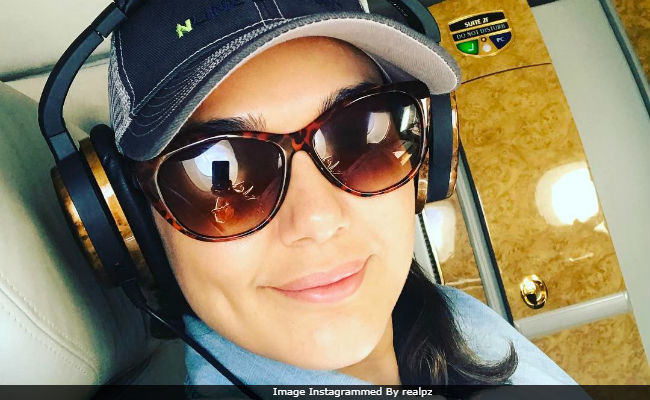 New Delhi: 'It's Indian Premier League (IPL) time, folks' and Preity Zinta is back to India for the game. Preity is the co-owner of Kings XI Punjab, the team which will play the first game on Day 2 of IPL 2018 (April 8). Preity posted a selfie from her way back to India and wrote, "Back on a plane, above the clouds racing against time so I can be back to meri desh ki dharti. It's IPL time, folks." The first game of IPL will be played on April 7 between Mumbai Indians and Chennai Super Kings while on Day 2, Kings XI Punjab will clash against Delhi Daredevils.

Take a look at the selfie Preity Zinta, 43, posted.

Back on a plane, above the clouds racing against time so I can be back to meri desh ki dharti ! It's #IPL time folks #flying #clouds #backhome #kxip #cricketfever #LivePunjabiPlayPunjabi #redforever #jetlag #plane #excited #ting !

Preity Zinta, who settled in Los Angeles after marriage, shuttles between India and Los Angeles throughout the year. She married Gene Goodenough in February 2016. Preity's last film was 2013's Ishkq In Paris and she is currently awaiting the release of Bhaiyyaji Superhitt with Sunny Deol.

Shah Rukh Khan, with whom Preity Zinta has co-starred in films like Dil Se, Veer-Zaara and Kabhi Alvida Naa Kehna, co-owns another IPL team Kolkata Knight Riders, along with actress Juhi Chawla. During the IPL 2018 auctions, Preity had shared a picture with Juhi's daughter Jahnavi Mehta, who gave the actress 'a run for her money.'

Forget the madness of the #VivoIPLAuction- it's awesome to meet the super smart Janvi Mehta who gave me a run for our money #smartgirlsrockpic.twitter.com/fi0bnHddVC

Promoted
Listen to the latest songs, only on JioSaavn.com
Meanwhile, actor Ranveer Singh, who was supposed to perform at the opening ceremony of IPL, had to back out due to his shoulder injury. Ranveer got injured during a football match and has been advised not to perform. "After multiple medical check-ups, the doctors have strongly advised Ranveer Singh not to perform at this year's IPL opening ceremony in which he was doing the grand finale act. They feel his high-energy performance would only overstrain his shoulder and aggravate the injury," Ranveer's spokesperson said in a statement, news agency IANS reported.