In Zero Song Heer Badnaam, Katrina Kaif's Chutzpah Will Bowl You Over

Babita Kumari is shown as an actor par excellence with chutzpah, as she faces an extremely critical world all by herself 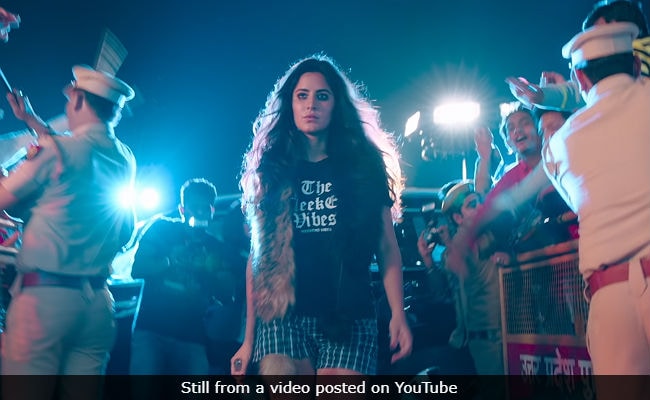 Heer Badnaam, the latest song from tomorrow's big release Zero, is all about Katrina Kaif. The song depicts the highs and lows of Babita Kumari's (Katrina's character) personal life as she battles alcoholism in the wake of her superstardom. In Heer Badnaam, we meet Abhay Deol, who plays Katrina's onscreen love interest, who it appears to have given up on her due to her alcohol addiction. Babita Kumari is shown as an actor par excellence with chutzpah, as she faces an extremely critical world all by herself. Heer Badnaam is composed by Tanishk Bagchi, who is best-known for remixing old tracks, the latest of which is Aankh Maarey for Simmba.

For now, take a look at Heer Badnaam:

Zero is directed by Aanad L Rai and it stars Shah Rukh Khan as vertically challenged Bauua Singh who falls in love with Aafia Yusufzai Bhinder (played by Anushka Sharma), a cerebral palsy patient. Bauua Singh dumps Aafia apparently on the day of their wedding for Babita, who in turn kicks him out of her life. Bauua may learn the hard way that it won't be easy to win over Aafia once again.