"I have made Indian, rooted films because I want to stay connected with audiences," said Aanand L Rai 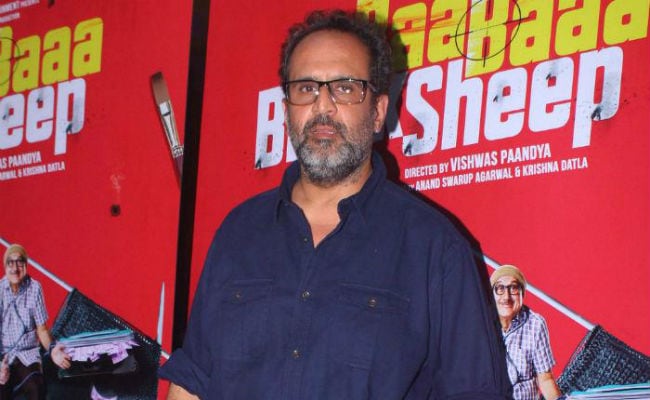 Aanand L Rai at an even in Mumbai.

Ahead of the release of his upcoming film Zero, starring Shah Rukh Khan, Katrina Kaif and Anushka Sharma, Zero director Aanand L Rai interacted with the media and revealed that he feels that his "driving force" is a film's story," reports news agency IANS. "Films are part of life. There is different high in converting something that is on paper to breathe on the big screen. My driving force is the story. The story comes from anywhere," IANS quoted Aanand L Rai as saying. Mr Rai, who has directed several hit films like Tanu Weds Manu, Raanjhanaa and Tanu Weds Manu Returns added, "The world around me inspires, at times you get something from society, at times you want to give something to society. I should have a reason to tell a story. It is essential to have guts and fearless approach (in making films). Neither the audience nor the maker should be in awe of somebody."

During the media interaction, the 47-year-old director revealed why he likes making Indian films and told IANS: "I have made Indian, rooted films because I want to stay connected with audiences."

When Mr Rai was asked if he would like to venture into the digital world and direct web-series, the filmmaker told IANS, "I won't do it so quickly. I will spend time understanding it, understand the form. It is an important medium. I think it needs a study before you jump into it. I disagree when people say that cinema will suffer because of digital medium. Rather it is pushing us to do better."

Zerois slated to release on December 21.