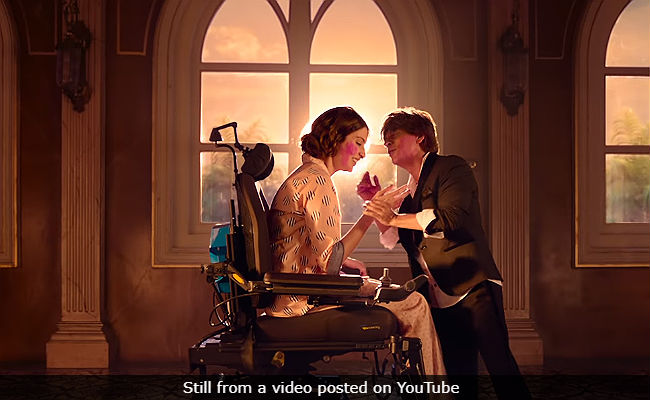 Pint-sized Shah Rukh Khan (yes, Bauua Singh) is still the king of romance and the first song from upcoming film Zero, titled Mere Naam Tu, is proof. The song begins with Bauua (Shah Rukh) trying to impress Aafia (Anushka Sharma) with his dialoguebaazi and then with a romantic song. The picturisation of Mere Naam Tu is grand and filled with spectacular moments. Singer Abhay Jodhapurkar became Bauua's voice for the song, which has been composed by Ajay-Atul and written by Irshad Kamil. Zero, directed by Aanand L Rai, releases in December and this song will make your wait for the big day difficult (if it was not already).

The trailer of Zero released earlier this month on Shah Rukh Khan's birthday on November 2 and it was an instant hit on social media. The trailer trended for days and the Internet loved cocky Bauua Singh.

The film tracks the story of vertically challenged Bauua, who falls in love with a cerebral palsy patent Aafia Yusufzai Bhinde (Anushka). His love story takes a drastic turn when he also falls for an alcoholic actress Babita Kumari (Katrina Kaif). After being dumped by Babita, Bauua realises he has destroyed everything he held dear and tries to win over Aafia again. The conclusion of Bbauaa's love story will be out in theatres on December 21.

Watch the trailer of Zero here: