"Big thank you to everyone who has seen and loved the trailer," wrote Anushka Sharma 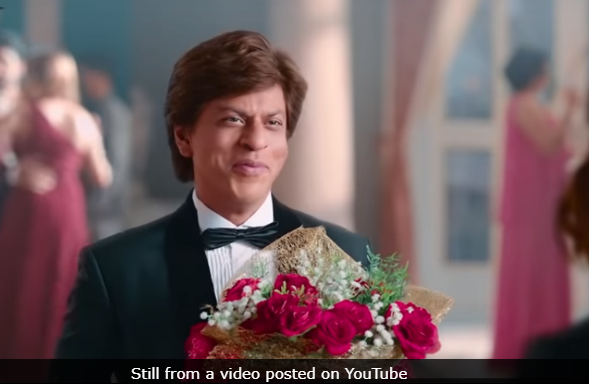 Shah Rukh Kahn in a still from the trailer of Zero. (Image courtesy: YouTube)

Shah Rukh Khan, Katrina Kaif and Anushka Sharma's Diwali just got better. How, you ask? Well, the trailer of their upcoming film Zero has received 100 million views across platforms in merely four days. On Tuesday, Aanand L Rai'sZerooccupied a spot trend list on Twitter after Red Chillies Entertainment (the producers of the film ) shared the news that the Zero trailer has received over 100 million views across different platforms. "They say it's not about the destination, it's about the journey. Thank you for being with us on this journey from Zero to 100 million! #ZeroTrailer100MnViews," read the tweet shared by Red Chilies Entertainment. Anushka Sharma, who plays the role of a specially abled scientist in the film, thanked her fans and wrote: "Big thank you to everyone who has seen and loved the trailer!"

Big thank you to everyone who has seen and loved the trailer! #ZeroTrailer100MnViews@iamsrk#KatrinaKaif@aanandlrai@RedChilliesEnt@cypplOfficialpic.twitter.com/EuUfjdHaXi

Directed by Aanand L Rai, Zero showcases the story of a dwarf named Bauuah Singh( played by Shah Rukh Khan), who travels all the way to Delhi in search for the perfect life-partner, where he falls in love with a specially abled scientist named Aafia Yusufzai Bhinder (Anushka). The film also stars Katrina Kaif, who will be seen playing the role of a superstar named Babita Kumari.

Zero marks the second collaboration of Shah Rukh Khan, Katrina Kaif and Anushka Sharma. The trio have earlier co-starred in the 2012 film Jab Tak Hai Jaan. The film has been co-produced by Aanand L Rai and Red Chillies Entertainment. Zero will hit the screens on December 21.