The first song of Zero, titled 'Mere Naam Tu,' will release on Friday 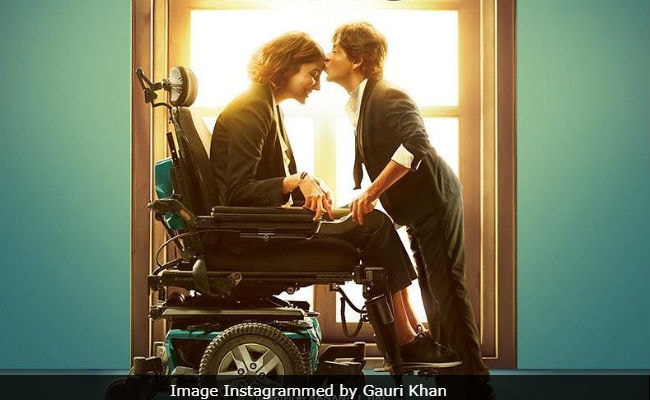 Zero co-stars Shah Rukh Khan and Anushka Sharma shared a brand new poster of the film along with the reminder that the first song from the film titled 'Mere Naam Tu' will release tomorrow. On Thursday evening, both the actors shared the poster on their respective Twitter accounts. In the poster, Bauua Singh aka Shah Rukh Khan can be seen planting a kiss on Aafia Yusufzai Bhinder (Anushka Sharma's forehead). While we couldn't take our eyes off SRK and Anushka in the poster, film's co-producer Gauri Khan couldn't help but notice the "arched window" in the poster. She wrote: "What a lovely and gentle expression of love. A kiss on the forehead!" She added,"Once a designer always a designer though... Love the arched window too." Well, Gauri Khan's attention to detail doesn't come as much of a surprise to us as she is a celebrated interior decorator.

What a lovely and gentle expression of love. A kiss on the forehead! Once a designer always a designer though... love the arched window too... #MereNaamTu#Zeropic.twitter.com/mTlDWMx2fr

Zero, directed by Aanand L Rai, showcases the story of a dwarf named Bauua Singh(SRK), who falls in love with a specially-abled-scientist (played by Anushka), while Katrina Kaif plays the role of an alcoholic actress named Babita Kumari. Zero will hit the screens on December 21.