Read inOther Languages
This Article is From Nov 03, 2018

Shah Rukh Khan: Salman Khan Called Me, Suggested Me To Do Zero' 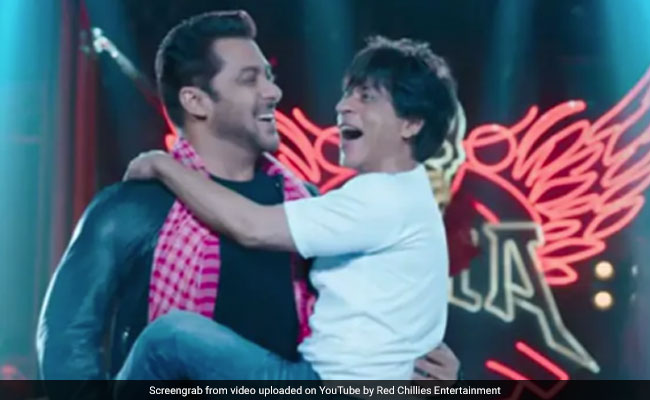 Shah Rukh Khan, Katrina Kaif and Anushka Sharma unveiled the trailer of one of the year's most anticipated films Zero on Friday. At the trailer launch event, SRK revealed that it was none other than Salman Khan, who had suggested the film to him. "It's not true that he (Aanand L Rai) asked a lot of people... Salman had actually called me and said, 'there's this film, do it,' PTI quoted the 53-year-old actor as saying. In case you didn't know, Salman also has a cameo in Zero, a glimpse of which was shared in the Eid-special teaser. "The reason he came and did that song was because of this. He wanted to be a part of the film," Shah Rukh added.

Shah Rukh Khan was all praises for Salman Khan during the media interaction. "Salman is a wonderful human being... For him to remember that a year later or months later when the film was actually being told to Katrina to come back and say 'I want to be a part of this film because I've heard this film.' It was very dignified, decent of him," he added.

Shah Rukh Khan and Salman Khan have been friends for a very long time, however, they had a fall out in 2008. Though they met at Baba Siddiqui's iftar party and several other award ceremonies, it was during Salman's sister Arpita's marriage in 2014 they buried the hatchet.

As mentioned before, the trailer of Zero was unveiled on Friday. In less than 24 hours, the trailer has over 33 million views on YouTube. Shah Rukh Khan plays the role of a dwarf Bauuah Singh. The film also features Anushka Sharma and Katrina Kaif in primary roles.