The trailer of Shah Rukh Khan's Zero indeed looks like a blockbuster deal! 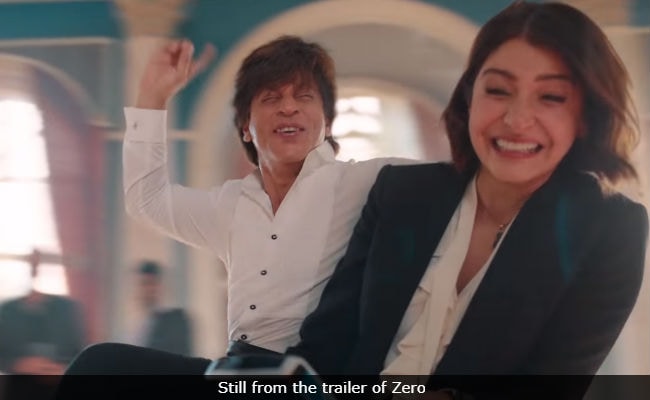 Now we know why Aamir Khan said "outstanding" and Karan Johar said "blockbuster" in their reviews for Zero trailer. The trailer of Shah Rukh Khan's Zero indeed looks like a blockbuster deal! The three-minute trailer begins with a dumdaar introduction to Bauuah Singh - a dwarf from Meerut (played by Shah Rukh Khan as we know) - who travels all the way to Delhi in search for the perfect life-partner. He makes his own match with Aafia Yusufzai Bhinder, played by Anushka Sharma, without literally considering the full picture, only to realise the one he's in love with is a specially abled scientist. As per Bauua Singh's own confession: "Ek wohi toh thi jiske aankhon mein aankhen daalke main baat bol sakta tha. Wo mere baraabar thi, aur main uske baraabar. Agar uske saath hota nah, toh zondagi baraabari ki hoti. Par zindagi katni kisse thi? Hume to zindagi jeeni thi!"

Enters Katrina Kaif as "Hindustan ka sabse bada sapna!" She plays an alcoholic superstar, who appears to have a short fling with Bauua Singh before discarding him as "zero." The trailer is riddled with one-liners, aptly delivered by Shah Rukh, of course. Anushka Sharma will win you over with her dialogue delivery and while you'll find it hard to take your eyes off Katrina Kaif - so stunning! The trailer ends on an emotionally-heavy note with Anushka saying: "Barabaari ka ab hua hai Bauua."

But Bauua Singh will not let the love of his life get away so easily because.... "Suna tha ki mohabbat mein aashiq chaand le aate hai. Humne yeh baat seriously le li!" The last scene in the trailer will explain this dialogue."

The trailer is also proof of the extensive role of VFX in the film's post-production. Shah Rukh had set up a special office for Red Chillies VFX in Mumbai's Goregaon for the post-production edits.

Such a wonderful return gift on Shah Rukh Khan's birthday!

Fans were introduced to Zero's primary characters - as played by Shah Rukh, Katrina and Anushka - with these intriguing posters ahead of the film's release.

A post shared by Red Chillies Entertainment (@redchilliesent) on Nov 1, 2018 at 9:34pm PDT

While we know the wait is difficult, Shah Rukh Khan's Zero will only hit theatres on December 21. Till the time, enjoy the trailer and more of what is to come.