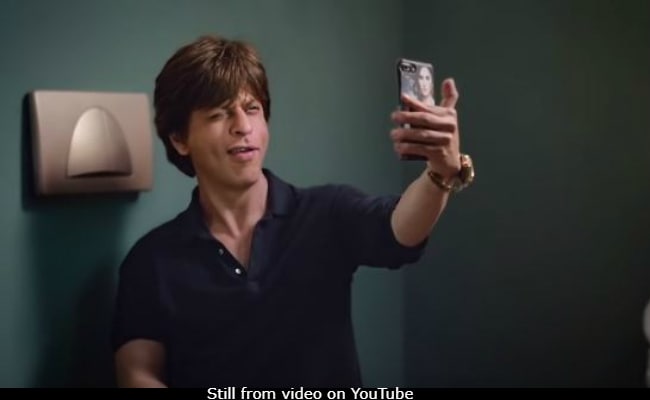 The trailer of Shah Rukh Khan's Zero may have arrived on his birthday on November 2 but in an interview with The Telegraph, the superstar said that it was readied some two months ago. In his interview, the 53-year-old superstar revealed that his first reaction to the trailer was that he found it "funny": "When I saw the trailer, I found it funny. And because I am a bit of a materialistic man, I found it big (smiles), which is what I like in cinema," The Telegraph quoted Shah Rukh as saying. In his interview, SRK also said that Amitabh Bachchan was one of the first ones to have watched it and also shared how the megastar reacted.

Opening about the first reactions which his colleagues had, after watching the trailer, Shah Rukh told The Telegraph that they were mostly overwhelmed with emotion. "The first reaction - which I think Amitji (Amitabh Bachchan) also had as did a lot of people - was 'Arre yaar, kuch emotional sa ho jaata hai'." In the interview, Shah Rukh added that Amitabh Bachchan's reaction was actually a thumbs-up for the film's team and also an appreciation of sorts for the character he plays on screen: "That's nice to hear because the trailer is not cut like that and the character (SRK's Bauua Singh) is definitely not like that. We were very clear that while portraying this character, who is specially abled, we will not ask for sympathy."

Zero will witness Shah Rukh Khan playing one of the most experimental roles he's opted for in his career so far. Shah Rukh has been cast as a vertically challenged character named Bauua Singh, who hails from Meerut and harbours big dreams, one among them is dating a superstar. Shah Rukh co-stars with Katrina Kaif and Anushka Sharma in the movie - Katrina plays an alcoholic superstar named Babita Kumar while Anushka features as a specially abled scientist named Aafia.

Here's a look at the Zero trailer:

Directed by Aanand L Rai, Zero is all set to hit screens on December 21.