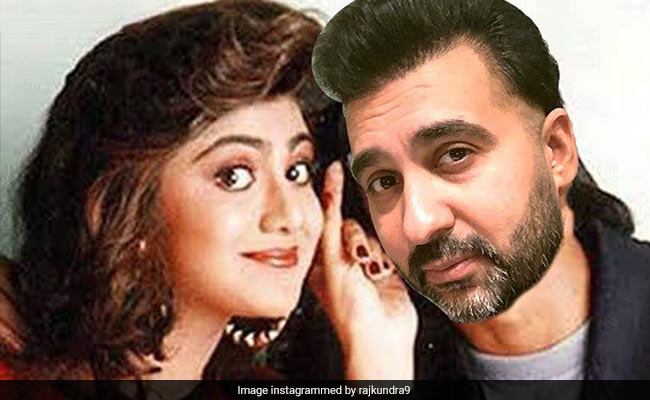 Raj Kundra, who never fails to express his love for wife  Shilpa Shetty  on social media, has been entertaining his Instafam with a new series called #RajFuntra, as a part of which, he shares several memes featuring himself and wife Shilpa (all in good humour, of course). On Wednesday, Raj Kundra added another meme to his Instagram profile, with one helluva caption. The meme comprises a throwback of Shilpa sporting a perm and a photoshopped picture of Raj Kundra with a goofy expression. The caption on the meme read: "Wow! Salon khul gaye kya?" Raj Kundra captioned the post: "When the blow dry looks just perfect. Are the salons open now? #lockdown #comedy #rajfuntra."

Did you check out the one where Raj Kundra altered the lyrics of Shilpa Shetty's song from her film Dhadkan and captioned it: "Chalo at least we getting some me time." Shilpa wrote: "You are mad," in the comments section.

Here are some more posts from the #RajFuntra series. You can thank us later.

Shilpa married businessman Raj Kundra in 2009 and the couple are parents to a son named Viaan Raj Kundra. The couple welcomed their second child - a daughter named Samisha via surrogacy, earlier this year.

In terms of work, Shilpa Shetty was seen as one of the judges on the TV reality show Super Dancer Chapter 3, alongside choreographer Geeta Kapoor and filmmaker Anurag Basu. The actress will next be seen in Sabbir Khan's upcoming film Nikamma.