In Priyanka Chopra's Diwali Album, A Glimpse Of Her Stunning Los Angeles Home 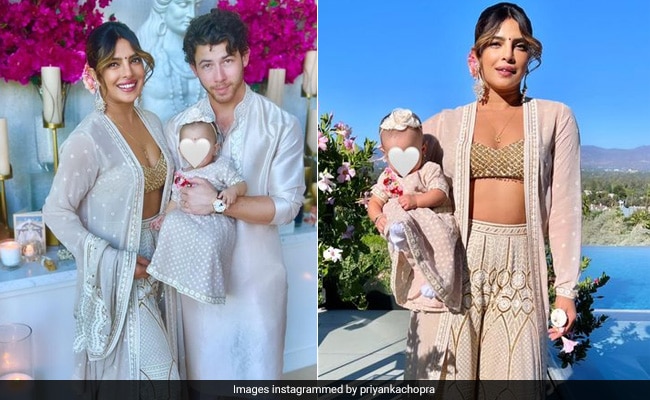 Priyanka Chopra loves to go big on all festivals and she never forgets to share the pictures from the celebrations with her Instafam. On Wednesday, the actress shared stunning pictures from the Diwali celebrations at her and Nick Jonas' Los Angeles home. The album also has pictures of her daughter Malti Marie, her mom Madhu Chopra and from the puja ceremony. The actress captioned the post: "Love, peace and prosperity to all. From a heart truly laden with gratitude, I wish you all a Happy Diwali. Sorry I'm a little late but decided to stay in the moment just a little bit longer... From ours to yours. Love and light." Tagging her brother, she wrote: "Missed you Siddharth Chopra."

Meanwhile, Nick Jonas too shared pictures from the Diwali festivities on his Instagram handle and he wrote: "Such a beautiful Diwali celebration with my love. Happy Diwali everyone. Sending joy and light to you all."

Priyanka Chopra and Nick Jonas welcomed a daughter via surrogacy this year and they named her Malti Marie. The couple met at the grand fashion event Met Gala 2017, where they represented designer Ralph Lauren. The singer had shut down an entire Tiffany's store in New York to pick out Priyanka Chopra's ring. He had proposed to Priyanka on her birthday while vacationing in London. They got married at the Umaid Bhawan Palace in 2018.

In terms of work, Priyanka Chopra was last seen in Matrix 4. She will star in the Hollywood film It's All Coming Back To Me with Sam Heughan. It will be a Valentine's Day 2023 release. The actress will also be seen in Russo Brothers' Citadel. The actress' next Bollywood project is Farhan Akhtar'sJee Le Zaraa, also starring Alia Bhatt and Katrina Kaif.