In Pics: The Evolution Of Katrina Kaif And Ali Abbas Zafar's Friendship 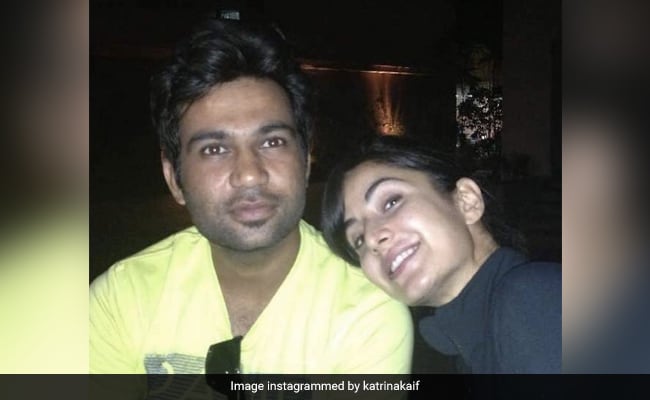 Katrina Kaif posted a set of throwbacks to wish her friend and filmmaker Ali Abbas Zafar. Katrina addend an equally adorable note for the Bharat director and she wrote: "Happy, happy happiest birthday Ali Abbas Zafar. May you have all your hearts desires this year (you already well on your way) all the happiness in the world to the person who knows when something is troubling me even from far way, without me telling him. Here's to friends forever." The album features some major throwbacks of the duo, while some are relatively recent ones from the sets of the 2019 film Bharat.

Birthday boy Ali Abbas Zafar and Katrina Kaif have worked together in films like Tiger Zinda Hai and Bharat, both of which also features Salman Khan. He also directed the film Mere Brother Ki Dulhan, in which Katrina Kaif starred with Imran Khan and Ali Zafar.

Ali Abbas Zafar's last project was the web-series Tandav, featuring Dimple Kapadia and Saif Ali Khan in the lead roles. In terms of films, his last directorial venture was Khali Peeli, starring Ishaan Khatter and Ananya Panday. Ali Abbas Zafar is also a screenwriter and producer as well as a director. He was also the director films like Sultan, starring Salman Khan and Anushka Sharma, and Gunday, with Ranveer, Arjun and Priyanka Chopra .

In terms of work, Katrina Kaif was last seen in Ali Abbas Zafar's 2019 film Bharat, co-starring Salman Khan and Disha Patani. She will next be seen in Rohit Shetty's cop drama Sooryavanshi, alongside Akshay Kumar. The film was earlier slated to release in March last year. It then got shifted to Diwali. The film will hit the screens this year. However, its release date has not been announced yet.