In Esha Deol's Anniversary Post For Bharat Takhtani, A Glimpse Of Their "Forever Love"

"For keeps for eternity... I do...love you #happyweddinganniversary," Esha wrote in the caption 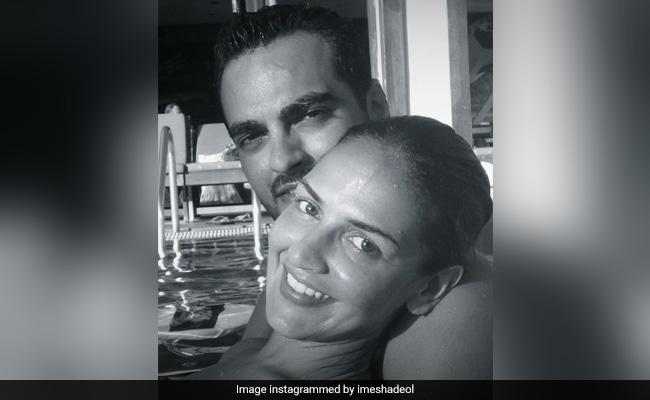 Happy anniversary, Esha Deol and Bharat Takhtani. The couple celebrate their wedding anniversary on Tuesday. On their special day, Esha picked a loved up photo of herself and her husband to wish him on social media. "For keeps for eternity... I do...love you #happyweddinganniversary," she wrote in the caption and thanked her friends and fans for all the wishes: "#thankyouforthewishes #thankyoufortheblessings." She also added the hashtags like #foreverlove #youandme and #eternity to her caption. In the greyscale photo, Esha and Bharat Takhtani can be seen chilling in a pool. Esha Deol married Bharat Takhtani on June 29 in 2012. The couple are parents to two girls - Radhya and Miraya.

See how Esha Deol wished Bharat Takhtani on their anniversary:

Other than being an actress, Esha Deol is also a professional Odissi dancer, just like her mom. She was also trained in Bharatanatyam by Hema Malini.