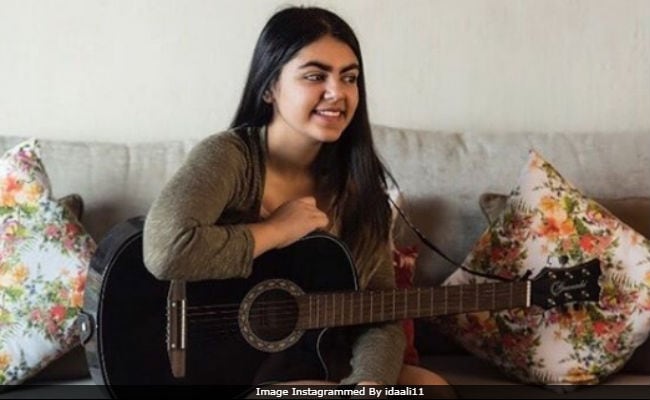 Mumbai: She is just 15, but is already following in her father's footsteps. Filmmaker Imtiaz Ali's daughter Ida Ali, who wrote and directed the recently released short film Lift, says there's a clear understanding between them that she has to make her own path. Besides, she feels it won't be a good idea for her and the Jab We Met filmmaker to work together "at least for now because it makes things sticky".

"Firstly, we both have an understanding that I have to make it on my own. He believes that I have it in me to do so. And also, there is always the fear of our relationship getting between our work; it is better to stay clear of that," Ida told IANS in an email interview.

She believes she "thinks of stories in a different way" from Imtiaz, who has a unique knack of romancing the emotion of love on-screen.

"I write them (stories) separately and I don't think there is any influence in them from him. However, because we are in the same atmosphere a lot, we may have a similar outlook on life that reflects in our films," said Ida.

Ida does not deny that she got in touch with people in the production line for the film due to her father's connections.

"I did get in touch with people in production because of him, I am not going to lie. But the rest of it, I did myself, all with my crew. He was not involved. I would really like to stress on that, because I know how people might think it is nepotism and all that. But all the risk of the film, the planning, the shooting, the editing; I did myself," said Ida.

Lift is shot inside a lift where a love story originates, flourishes, withers and sparks again.

Asked what kind of subjects attract her, Ida said: "I am interested in many types of films. I watch all genres and would love to make all genres too. What is important is that every film should have something unique and engaging.

"I like films which are not predictable, they keep the audience engaged. Now that I have made a love story type of film, I would like to try another genre. And maybe later, I might find a subject that attracts me the most."

A number of actors and filmmakers have started exploring the short films space which can be accessed by Internet users freely. Ida believes the platform "provides more opportunity for people to share their ideas and for people to view more films with great content".

"I am so glad that Indian cinema has started translating stories in the short film/online platforms. Many short films also help open out the society to some taboo topics while still being entertaining. I myself have been watching some great short films recently, so I feel like this space is really exciting," said Ida.

"Clustered with schoolwork" at the moment, Ida hopes to make a short film during her summer break this year.


(Except for the headline, this story has not been edited by NDTV staff and is published from a syndicated feed.)
Comments
ida aliImtiaz Ali