We know what you mean, Priyanka Chopra. Us too 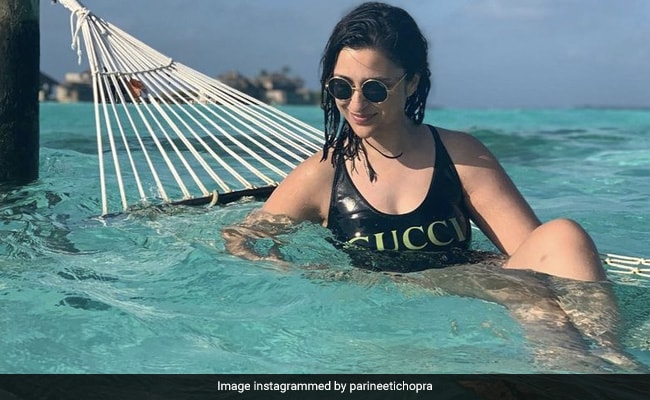 Seems like Priyanka Chopra is having major beach cravings. The actress, who is currently in London for her next project Citadel, dropped a comment on her cousin Parineeti Chopra's latest picture. Parineeti, holidaying in Turkey, posted a picture of herself from a beach on Instagram. Parineeti, dressed in a black bikini, captioned the picture: "I was doing Pranayama before this photo. Ok that's a lie." Priyanka Chopra summed up her FOMO in just three words: "I'm soooo jealous." In her defense, she did add a few heart-eyed emojis. Designer Manish Malhotra wrote "uff" in the comments.

This is what Parineeti Chopra posted:

Last night, Parineeti posted a throwback with her cousin and wrote: "Look what I found, Priyanka Chopra."

Priyanka Chopra and Parineeti dubbed for the characters of Elsa and Anna, respectively for the Hindi rendition of the Disney film Frozen 2 Earlier, Parineeti said she wants to make an action film with Priyanka and told news agency PTI, "I had recently also said that if any producers or directors are making an action film, we would love to work together on it. We both have spoken a lot about working together, but the script should be correct."

Priyanka Chopra was last seen in The White Tiger, which she also produced. Her upcoming projects include a film with comedian Mindy Kaling. The actress has also signed Amazon's Citadel and Sangeet Project.

Parineeti Chopra  had multiple releases this year - the Saina Nehwal biopic, Sandeep Aur Pinky Faraar, Netflix's The Girl On The Train. Parineeti, who made her Bollywood debut with the 2011 film Ladies vs Ricky Bahl, is best-known for her performances in films such as Golmaal Again, Hasee Toh Phasee, Ishaqzaade and Kill Dil among others.