"I am so jealous," commented Parineeti's cousin Priyanka Chopra 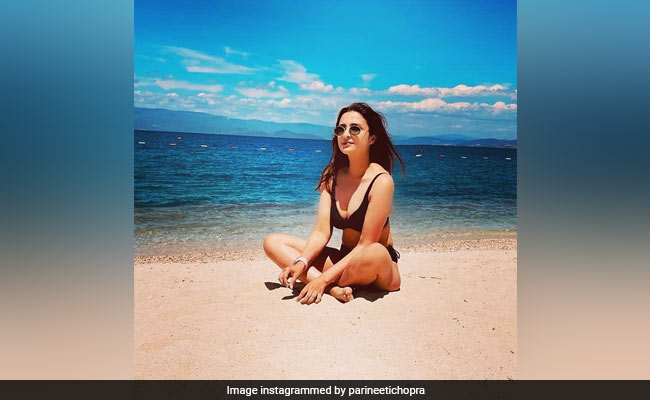 Actress Parineeti Chopra, who is currently in Turkey, added a new stunning picture to her Instagram album on Wednesday. Parineeti, who has been garnering praise for her performance in her recently-released film Sandeep Aur Pinky Faraar, proved that she is a beach baby with her latest post. The actress looks gorgeous in a black bikini in the photo, in which she can be seen sitting on the beach and enjoying the view. Sharing the picture, Parineeti hilariously wrote: "I was doing Pranayama before this photo" and added: "Ok, that's a lie." LOL. Reacting to Parineeti's post, her cousin and actress Priyanka Chopra commented: "I am so jealous."

On Wednesday, while interacting with her fans during a question-answer session, Parineeti Chopra wrote that she "has been outside the country since March" and that she is not taking "travelling freely in these difficult times" for granted.

"I wanna address this since most people are not able to travel from India. I have been outside the country since March. I am lucky enough to be able to travel freely in these difficult times. And I am not taking this blessing for granted," she wrote in her reply to a fan.

And here's how Parineeti Chopra "spends her free time":