Can You Help Parineeti Chopra With Tips On How To Be "Candid On Instagram?"

Parineeti Chopra is a happy soul in the pictures 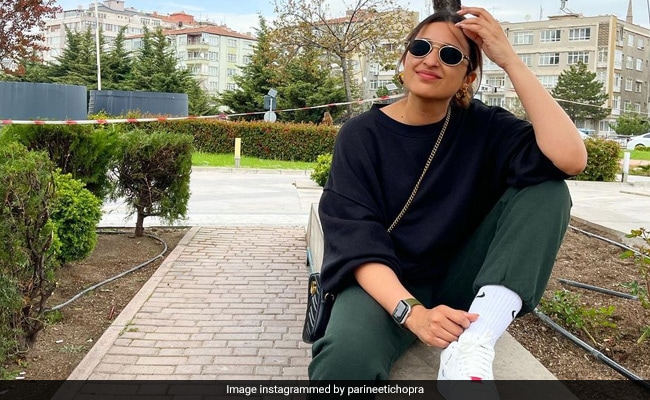 Parineeti Chopra has been sharing back-to-back posts from Turkey. The actress did not reveal if they happen to be throwbacks from her last trip there or if she is actually holidaying in the country. Her latest Instagram post is a picture of her dressed in streetwear. She captioned her post: "I wanna wear streetwear and be 'candid on Instagram' like Gen Z. Please advise." A comment on Parineeti's post read: "LOL same conundrum - no advice." While there was not much advice in the comments, there were many heart emojis from fans and remarks from friends. Actor Siddhant Kapoor wrote: "Propzzzz candid ya."

"After a long time, I am looking up and forward into the future. You guys gave me that. Thank you," wrote the actress, sharing these pictures.

Another thank you note with a picture from Turkey.

Parineeti was seen in The Girl On The Train, streaming on Netflix. It is a Bollywood remake of the English version that starred Emily Blunt in the lead role. The Hollywood film was an adaptation of Paula Hawkins' 2015 bestseller of the same name. The Bollywood version has been directed by Ribhu Dasgupta. The film also starring Aditi Rao Hydari and Kirti Kulhari.

Her film Saina brought to screen the life of stellar Badminton player Saina Nehwal. The film, which has been backed by T-Series, released in cinemas on March 26. In 2019, Shraddha Kapoor was signed to play the lead role in the biopic. She had even started shooting for the film. However, the actress quit the project midway as she had several other projects in the line-up.