"Hi! This is my malaria wala face. Say hi world, it's just visiting, not here to stay because I need to get back to work," wrote Kriti Kharbanda 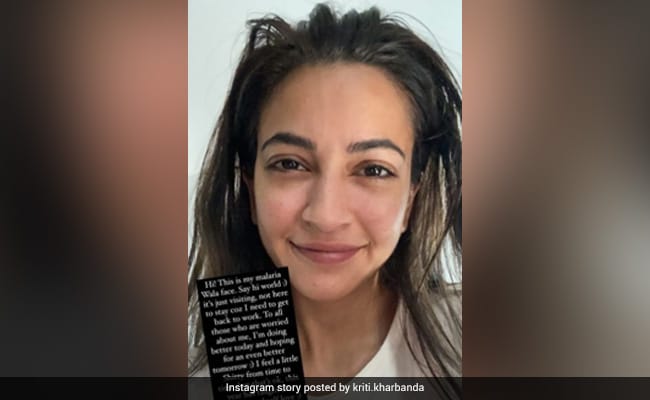 Actress Kriti Kharbanda, who just celebrated her 30th birthday, revealed she's diagnosed with malaria in an Instagram story on Friday. Sharing a selfie, in which she appeared visibly unwell, Kriti wrote: "Hi! This is my malaria wala face. Say hi world, it's just visiting, not here to stay because I need to get back to work." Addressing her concerned fans, Kriti wrote that she's on the path to recovery and promised to keep her well-wishers updated: "To all those who are worried about me, I'm doing better today and hoping for an even better tomorrow. I feel a little s****y from time to time, but that's okay. "Will keep you guys updated! Thank you for your love."

However, The 30-year-old actress added an adorable request to her Instagram story. "Bored" of resting, Kriti said she's in dire need of hilarious memes and asker her Instafam to send some across. "PS - Please share memes. Funny ones. I am bored of resting. And bored of having nothing else to do." 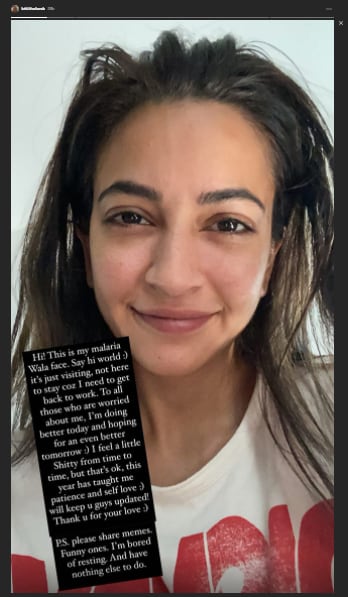 What Kriti Kharbanda meant by "returning to work" in her Instagram story is perhaps a reference to Zee5's upcoming film 14 Phere, which she was supposed to start shooting. She co-stars with Vikrant Massey in the Devanshu Singh project. The film is slated to premiere on July 9 next year.

Kriti Kharbanda features in the recently released OTT project Taish, in which she co-stars with her boyfriend Pulkit Samrat, Harshvardhan Rane, Sanjeeda Shaikh and Jim Sarbh. Kriti Kharbanda made her Bollywood debut with Raaz: Reboot and is best known for starring in films such as Veerey Ki Wedding and Pagalpanti, in both of which she shared screen space with Pulkit Samrat.