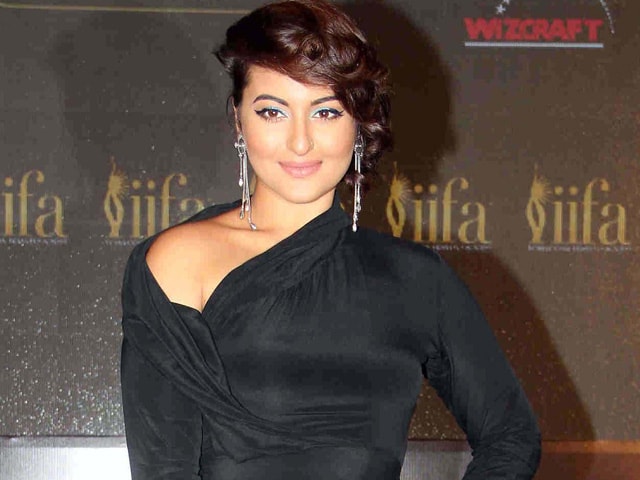 Sonakshi Sinha at an event in Mumbai for IIFA.

New Delhi: Dabangg actress Sonakshi Sinha, who will soon be seen as a one of the three judges on TV reality show Indian Idol Jr, will sing live for the audience in Kuala Lumpur, Malaysia at the 16th edition of the three-day International Indian Film Academy (IIFA) Weekend and Awards in June.

Sonakshi will also exercise her vocal chords at IIFA Rocks on June 5.

"There will be some exciting first ever performances at the IIFA Awards. Sonakshi is going to take to the stage as a singer at IIFA Rocks," Sabbas Joseph, director, Wizcraft International Entertainment, the organisers of IIFA, told IANS over phone from Mumbai.

Mr Joseph also shared that Sonakshi will perform on the awards night on June 7, as well.

"On the awards night, we will see performances by Hrithik Roshan, Anushka Sharma, Priyanka Chopra, Farhan Akhtar, Parineeti Chopra, Shraddha Kapoor, Sonakshi and Shahid Kapoor. It will be larger than life, big and spectacular," he said.

Established in 2000, IIFA Awards were initiated with the aim of celebrating Indian cinema across the world.