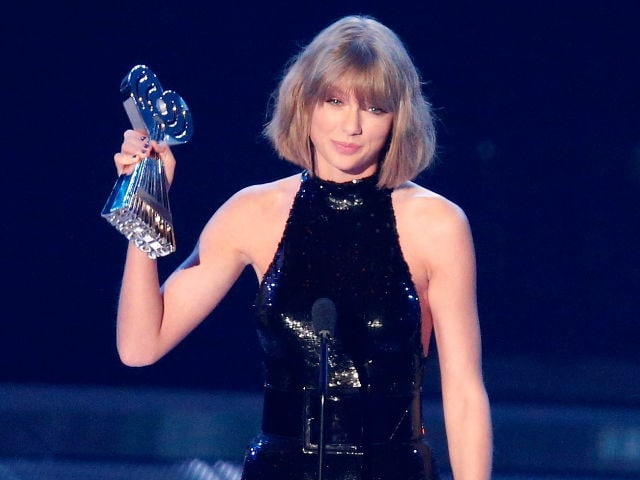 New Delhi: Singer Taylor Swift won four prizes at Sunday's iHeartRadio Music Awards, including Album of the Year and Female Artist of the Year, reported iheart.com. She was nominated in seven categories.

Taylor's 1989 defeated Adele's 25, Beauty Behind the Madness by The Weeknd, Sam Smith's In the Lonely Hour and Ed Sheeran's X to win the top honour. But Adele's Hello left Taylor's Blank Space behind in the Song of the Year category.

Meanwhile, other contenders in the Best Female Artist of the Year were Adele, Carrie Underwood, Meghan Trainor and Selena Gomez.

Taylor also won an award for Best Tour. Her 'Crazy Girl' with running mascara from Blank Space video was named the Most Meme-able Moment.

This year's iHeartRadio Music Awards were hosted by Jason Derulo.