The photo appears to be close to Urmila Matondkar's heart as she appears to have kept it framed as a prized memory. 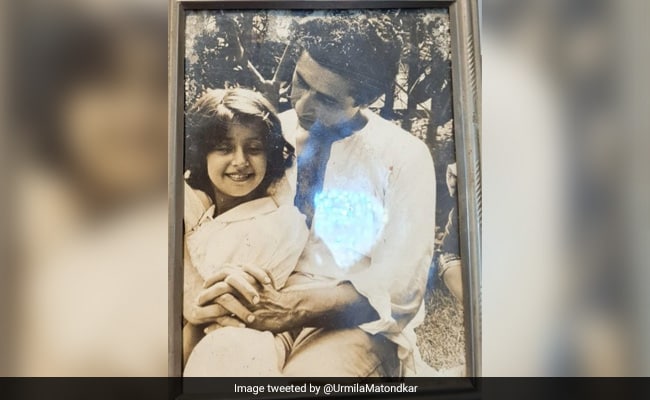 Urmila Matondkar in a black and white throwback (courtesy UrmilaMatondkar )

The photo appears to be close to Urmila Matondkar's heart as she appears to have kept it framed as a prized memory. Here, take a look:

Masoom, which also featured Jugal Hansraj as a child artist, continues to be a classic and is often remembered for its popular songs such as Tujhse Naraz Nahin Zindagi, Do Naina Aur Ek Kahani and Lakdi Ki Kaathi. Masoom marked filmmaker Shekhar Kapur's debut movie as a director.

Meanwhile, this is what kept Naseeruddin Shah busy on his birthday. The veteran actor's son Vivaan shared a glimpse of the "birthday boy" on Instagram.

In June end, Naseeruddin Shah was admitted to Mumbai's Hinduja Hospital, where he was treated for pneumonia. He was discharged a week later. In terms of work, Naseeruddin Shah was last seen in the 2020 drama Mee Raqsam and before that in the acclaimed Amazon Prime Video's web-series Bandish Bandits.