"See you all on Valentine's Day for a glimpse of Radhe Shyam," wrote Prabhas 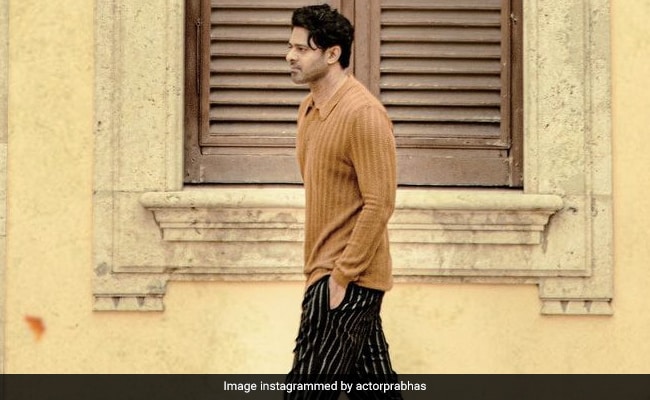 The makers of Radhe Shyam shared the actor's new look from the film on social media on Friday it is trending even a day later. In the picture, Prabhas can be seen strolling on the streets. The actor's look in the poster is simple albeit stylish. He can be seen wearing a black pair of trousers along with a camel-coloured shirt. He has his hands in the pockets and seems to be lost in his thoughts. The actor, in his caption reminded his fans that the film's teaser will drop on social media on Valentine's Day and he wrote: "See you all on Valentine's Day for a glimpse of Radhe Shyam."

The makers of the film shared the first ever poster from the film, featuring both the actors on social media. "Our beautiful film has a beautiful name...Here's our much awaited first look," Pooja Hegde wrote.

Prabhas, known for his work in SS Rajamouli's Baahubali series of films, has a super busy schedule ahead. The star will be seen alongside Deepika Padukone in Nag Ashwin's next. He recently signed a film titled Salaar. Prabhas will also feature in Om Raut's Adipurush, co-starring Saif Ali Khan. The actor was last seen in the 2019 action-thriller Saaho, in which he co-starred with Shraddha Kapoor.