"Thank you for everything you have done for us," wrote Sarita Birje 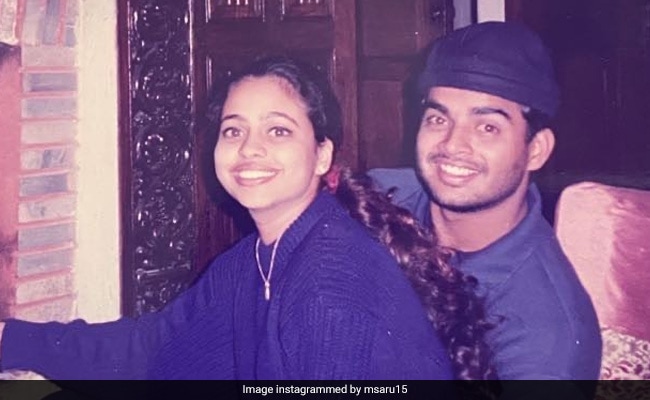 A throwback of Madhavan and Sarita Birje we love. (courtesy msaru15)

We can't get past the supremely cute birthday wish that Sarita Birje shared for her husband Madhavan on his 51st birthday on Tuesday.  The almost 3-minute-long video features some candid moments featuring the actor. The montage has pictures of Madhavan with his family, his friends and some videos of him being his goofy albeit adorable self. That is just too much cuteness in a video. Along with the video, Sarita Birje shared a caption that read, "Happy Birthday my love. Happy birthday my sweetheart, you are our world. Best husband, best father, best son and son-in-law one can ask for. Thank you for everything you have done for us." Madhavan shared the video on his Instagram stories. No caption needed.

Madhavan and Sarita Birje got married in the year 1999. The couple are parents to a 14-year-old son named Vedaant.

In terms of work, Madhavan will next be seen in Rocketry: The Nambi Effect, the trailer of which released big time on social media. The actor was last seen in Maara, which is the Tamil remake of Malayalam film Charlie. The film released on streaming platform Amazon Prime Video. Last year, he also starred in the thriller Nishabdham, co-starring Anushka Shetty. It is streaming on OTT platform Amazon Prime Video.