Anushka Sharma and Virat Kohli made the baby announcement on Thursday 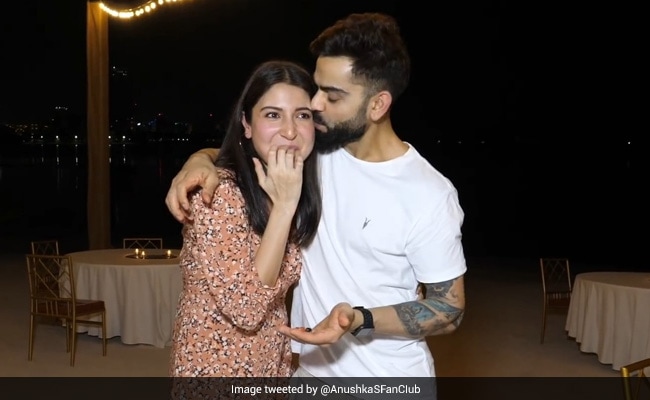 Anushka Sharma and Virat Kohli, who are expecting their first child together, recently occupied a top spot on the list of trends after a video of them celebrating their pregnancy surfaced on social media. The couple received a pleasant surprise from members of the IPL team Royal Challengers Bangalore (RCB). The video was shared by several fan pages dedicated to the star couple or #Virushka (as they are popularly called by their fans). In the video, parents-to-be Anushka and Virat can be seen smiling with all their hearts as they cut the cake and celebrate the big news.

Check out the video here, you can thank us later:

| @AnushkaSharma and @imVkohli cutting cake with the team of @RCBTweetspic.twitter.com/rAHOWt98Zk

Anushka Sharma and Virat Kohli, on Thursday, announced the big news of their pregnancy on social media. Posting a picture of themselves, the couple wrote: "And then we were three. Arriving January 2021." Members of the film as well as the cricket fraternity congratulated the couple on social media.

Anushka Sharma and Virat Kohli, who first met during the shoot of a shampoo commercial, got married at a countryside resort in Tuscany in a private ceremony in December 2017 after dating for several years. The couple later hosted grand wedding receptions in Mumbai and Delhi, which saw the convergence of several Bollywood and cricket stars.