"I remember telling Sid, you know Vidya will be lovely for you," said Karan Johar 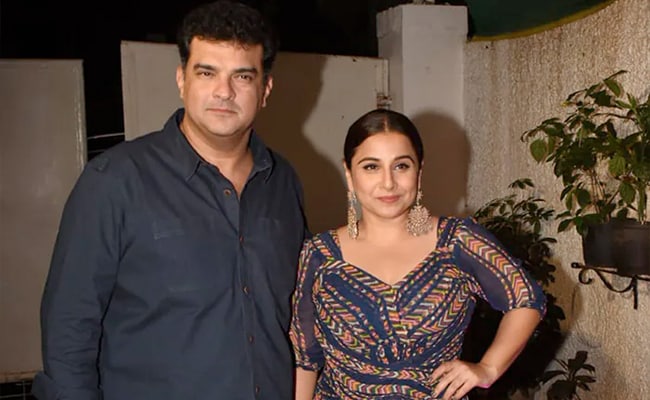 Karan Johar, who was the newest guest on Twinkle Khanna's chat show The Icons, spoke about how much he enjoys matchmaking. During the episode, Twinkle Khanna compared the filmmaker to Sima Taparia from Indian Matchmaking. "You are the Sima aunty of the movie business. You keep doing this matchmaking and your father did the same thing. Because when I was interviewing Waheeda Rehman ji, she mentioned that your father fixed up her marriage, it's some genetic pre-disposition to get people together." said Twinkle. To this KJo replied, "It's in the genes."

Karan Johar revealed that his late father Yash Johar and mom Hiroo fixed Shashi Rekhi (Kamaljeet) and Waheeda Rehman's marriage. "I remember Shashi uncle and Waheeda aunty matchmaking happened with both papa and mamma and I remember there have been some other instances also which people may not know. But I don't know, I feel very happy to do this," replied Karan Johar, adding, "I take on the responsibility, like I have to do it. It just makes me very happy to do it. It's like one of the agendas in my life to bring people together."

Karan Johar, who also played cupid for Vidya Balan and Siddharth Roy Kapur, added, "In fact, its very strange, Vidya called me the other day. It was her 12th anniversary, and she was like, because you know I had introduced her to Siddharth Roy Kapur and she was like, 'I wanna thank you. I haven't said it enough.' I am so touched by this call, more than any feedback I've got, that call meant the world to me. I remember telling Sid, you know, Vidya will be lovely for you. and bumping into Vidya at an event." The filmmaker revealed that he hosted a dinner where Vidya and Siddharth met and the rest is history.

"Tell me about some more matches. The latest match," asked Twinkle Khanna. To this KJo replied, "When they talk about it, I will agree. Some that have made it to the alter and some..." Karan Johar added, "I don't think they would like me to go public with that information. Contrary to public opinion, there are somethings I have to keep to myself."