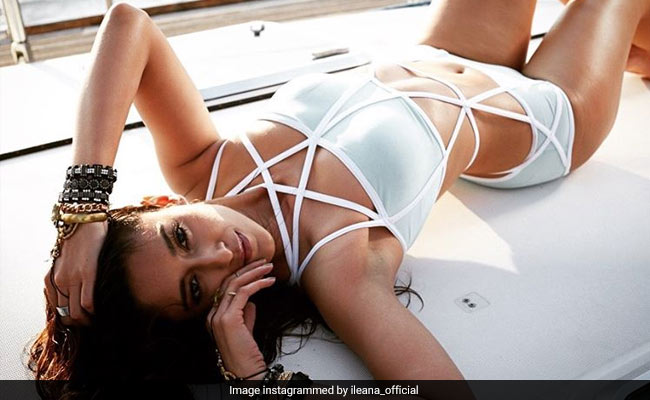 Ileana D'Cruz is making us miss the beach more than ever. On Tuesday, the Barfi actress shared a drool-worthy throwback picture of herself from her beach vacation and it is making her Instafam swoon. In the picture, the 33-year-old actress can be seen dressed in a white bikini as she poses for the camera. She can be seen lying on a yacht of sorts. Sharing the envy-inducing picture of herself, Ileana wrote, "I miss the beach." We can relate to her. Ileana also gave picture courtesy to Mumbai-based celebrity photographer Colston Julian in her post. Take a look:

Ileana never fails to drive our lockdown blues away with envy-inducing pictures of herself from her beach vacations. A few days ago, Ileana shared this picture of herself chilling in a hammock in Havelock island, Andaman. "Grateful, always," she captioned the post. Take a look:

We are yet to get over this throwback picture of Ileana from her Fiji vacation. "Throwback to wearing flowers in my super short hair, having perennially bare feet and no pants," wrote Ileana.

Throwback to wearing flowers in my super short hair, having perennially bare feet, and no pants #islandgirl #beachbum #nopantsarethebestpants