"I Did Not Allow That Meltdown To Happen": Geeta Basra On Her Miscarriages

"The last two years have been traumatic for me," said the actress 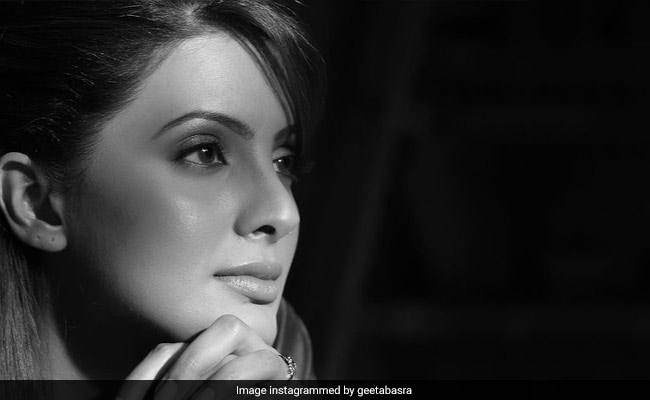 Actress Geeta Basra and her husband Harbhajan Singh welcomed their second child, a baby boy last month and they named him Jovan Veer. They are also parents to a daughter named Hinaya. The actress, in a recent interview with ETimes, opened up about the two miscarriages she suffered after the birth of daughter Hinaya. She told ETimes, "I want to talk today. I want to tell those women who have had miscarriages and lost hope to pick themselves up again. They should not give up and suffer in silence yearning for a child. Yes, a miscarriage can have a terrible effect on you from which you might take a long time to come out. A couple of my friends have had miscarriages. But we as women have to learn to put this behind us in the quickest possible time."

The actress added that the last two years were very difficult for her and she talked about how she dealt with the tough times. "The last two years have been traumatic for me no doubt but I held myself from breaking down. A woman's hormones after a miscarriage go up and down a lot, which, in turn, makes it extremely difficult for her to maintain her composure. I kept myself strong and did not allow that meltdown to happen," she said.

Geeta Basra announced the news of their baby boy's arrival with an Instagram post, in which she wrote: "A new little hand for us to hold, his love is grand, precious as gold. A wonderful gift, so special and sweet. Our hearts are full, our lives complete. We thank the Almighty for blessing us with a healthy baby boy. We are overwhelmed with joy and would like to extend our gratitude to all our well-wishes for their constant love and support."

Geeta Basra made her acting debut with the 2006 movie Dil Diya Hai. She is best-known for her roles in films such as The Train and Zila Ghaziabad. She was last seen in Punjabi movie Lock.