"This week last year just arrived at Nice Airport with all my bags," Huma Qureshi captioned a Cannes memory 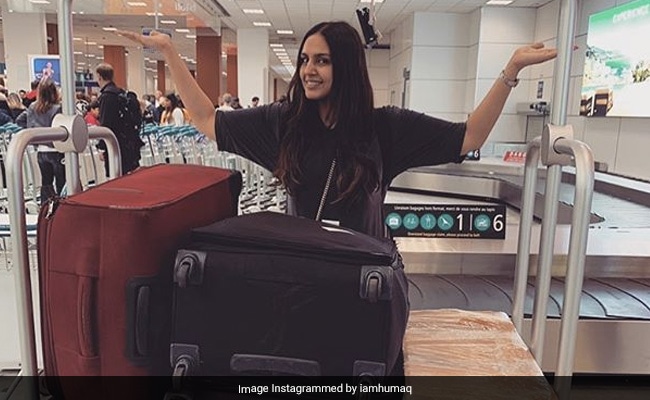 Last year this time, celebrities were checking into the French resort town of Cannes for the much awaited Cannes Film Festival, which appears "difficult" to be held this year because of the coronavirus pandemic. Actress Huma Qureshi, who walked the Cannes red carpet last year revisited fond memories of when there was no travel ban and shared a moment from the Nice Airport, dated: "This week, last year": "This week last year just arrived at Nice Airport with all my bags... Cannes Film Festival was underway #memories #throwback #packlight #cannes #filmfestival #socialdistancing." Diana Penty, who also attended the film festival in 2019, wrote: "Oh yaa." In the photo, Huma can be seen happily posing at the Nice Airport with a trolley full of luggage. Huma made her Cannes debut in 2018, representing the liquor brand Grey Goose.

Last year, after landing in the capital of the French Riviera - Nice - which is just a short drive away from Cannes, Huma Qureshi had shared a similar photo from what appears to be the exact same spot at the airport.

When u land at #Nice airport and your phone justtttt explodes with messages Thank you everyone so humbled with all the #Leila is special and I can't wait to share it with you all ... will reply everyone personally.. Right now just waiting for my remaining bags #cannespic.twitter.com/qnGCIc57b7

The film festival was held between May 14 and May 25 in 2019 and this year, it was scheduled for May 12 and 23. Initially, the annual film festival was rescheduled from May to June or July but in April, the organisers said: "It is clearly difficult to assume that the Festival de Cannes could be held this year in its original form." Their statement added that they were exploring "all contingencies" to realise Cannes 2020 "in a way or another," reported news agency AFP.